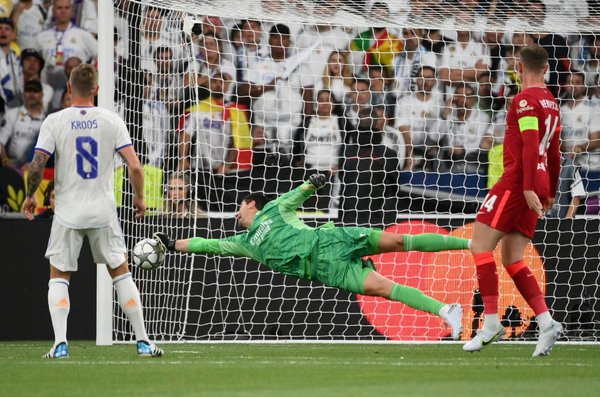 If Real Madrid's Champions League final win in 2018 was remembered for a nightmare performance by Loris Karius in the Liverpool goal, the Spanish club's victory over the same opponents in Paris on Saturday was in no small part down to the heroics of Thibaut Courtois.

The Belgian showed the importance of having a top-class goalkeeper as he produced a string of crucial saves to deny Jurgen Klopp's team and help Real seal a 1-0 win that allowed them to lift their 14th European Cup.

"When a goalkeeper is man of the match you know something is going wrong for the other team," admitted Klopp ruefully.

Vinicius Junior may have got the only goal at the Stade de France just before the hour mark, but Real's victory would not have been possible without Courtois.

He was credited with a total of nine saves, including a superb strong arm to turn behind a Mohamed Salah strike late on and, perhaps most importantly, a fine early stop to turn a Sadio Mane shot onto the post when Liverpool were in the ascendancy.

"The most important was the save from Mane. I really had to use my two metres to get there and turn fast to get the rebound," Courtois said after collecting his award for man of the match.

The 30-year-old has enjoyed remarkable success in his career ever since winning the Belgian league in 2011 with Genk alongside a young Kevin De Bruyne.

Domestic titles have followed at Atletico Madrid, Chelsea and with Real, while he also won the Europa League in his time with the red and white half of Madrid.

Yet his spell at Atletico also included an agonizng defeat at the hands of Ancelotti's Real in the 2014 Champions League final. 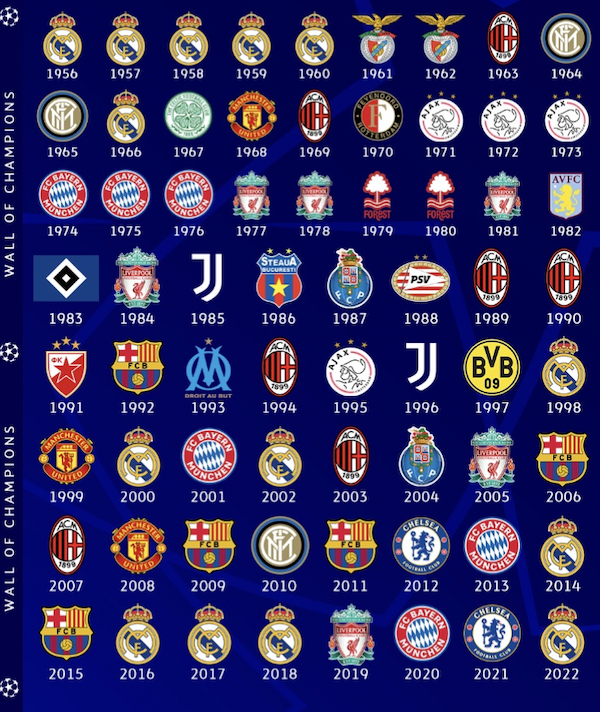 Referencing Italy legend Gianluigi Buffon, who never won a Champions League, Courtois expressed his delight at finally getting his hands on the biggest prize in the club game.

"It is one of the nicest feelings in my life along with the birth of my children," he said. "Buffon is maybe the greatest goalkeeper in history but he never won the Champions League. I didn't want that to happen to me."

Courtois was a regular for Chelsea for four years before returning to Spain to join Real in 2018, just after they had won the Champions League against Liverpool in Kyiv helped by two gifts from Karius.

Keylor Navas was in the Real goal then but Courtois soon pushed out the Costa Rican to make the gloves at the Santiago Bernabeu his own.

However, he stated after Saturday's final that he feels he does not get the respect he deserves back in England.

"There was a magazine in England that didn't put me in the top 10 goalkeepers in the world. That is a lack of respect," he said. "I am not saying they have to put me number one but not to put me in the top 10 is strange. I twice won the Premier League in England with Chelsea and don't think I ever get recognised, and in my first season in Madrid a lot of people laughed at me but now here I am as a winner and it's a nice feeling."

Karim Benzema has got most of the attention after scoring 15 goals on Real's Champions League run, including 10 in a dramatic series of knockout wins over Paris Saint-Germain, Chelsea and Manchester City. 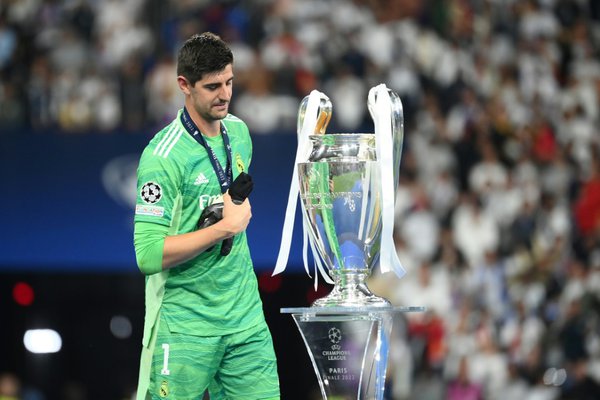 Yet perhaps none of it would have been possible had Courtois not saved Lionel Messi's penalty in the first leg of the last-16 series against PSG.

"Obviously that was an important moment also for me personally -- you never know how the game would have gone had he scored," said Courtois, who acknowledged that Carlo Ancelotti's team is double winner against all expectation. "At the beginning of this season, people didn't think we would win La Liga or even reach the semifinals of the Champions League but we have and it is down to the work done by the coach.

"Now we need to rest well and come back strong again next season."