In her first full season in France, Catarina Macario completed a double when she scored in the 3rd minute to give Lyon a 1-0 win at Paris St. Germain that clinched the 2022 D1 Arkema title for its 15th league title in 16 years.

It came a week after Macario scored the third goal for Lyon, which beat Barcelona, 3-1, to win its eighth UEFA Champions League title in the last nine years.


It had to be @catarinamacario


A year ago, OL ceded domestic and continental supremacy to PSG and Barca.

The difference this year was Macario, who has 14 goals and five assists in 19 matches in D1 Arkema and eight goals and two assists in 11 games in the Champions League. Lyon has one game left in D1 Arkema, where it has lost once in the last five seasons.

In April, U.S. head coach Vlatko Andonovski told reporters the Brazilian-born Macario is "on a good path to be one of the best players in the world."

Macario was beaten out by PSG's Marie-Antoinette Katoto for the French player association's D1 Arkema player of the year award, but voting was done before the Champions League final in Turin and the D1 Arkema decider at the Stade Jean-Bouin in Paris.

Macario is only 22 but should be one of the favorites for the 2022 Ballon d'Or, which will be awarded for the third time to a female player in 2022.

There are new rules in 2022 for the men's and women's France Football awards. The most important is that the year under consideration will end on July 31, not the end of year.

All that remains to sway voters on the women's side will be confederation championships held in July in all but Asia, where China was crowned the winner in January.

Macario's competition should come from Euro 2022 in England, where players to watch include 2021 winner Alexia Putellas (Spain), Vivianne Miedema (Netherlands) and 2019 winner Ada Hegerberg (back with Norway after an absence of almost five years), Macario's Lyon teammate. (One player who won't be in England is French star Amandine Henry,who wasn't included in the Bleues' team announced on Monday.) 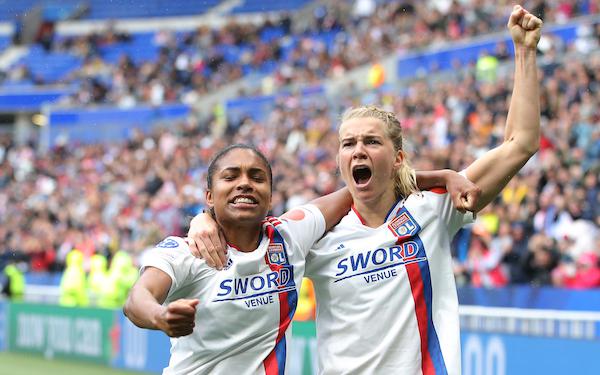 The voting for global women's awards has often been bewildering. Voters -- journalists for the Ballon d'Or or journalists, coaches and captains for the FIFA awards -- rarely have able to consistently watch women's soccer on a regular basis though that is starting to change.

DAZN streamed the UEFA Champions League around the world for the first time. Euro 2022 will air on the ESPN and Univision networks. Outside the Americas, Concacaf's new W Championship will air on its app.

The problem for Macario is that the voting is very often eurocentric, which is natural given the backup of the voting pool.

The women's short list (20 players) will be announced on Aug. 13 and the Ballon d'Or ceremony will be held on Oct. 17 in Paris.