Real Madrid's Thibaut Courtois: goalkeeping as it should be 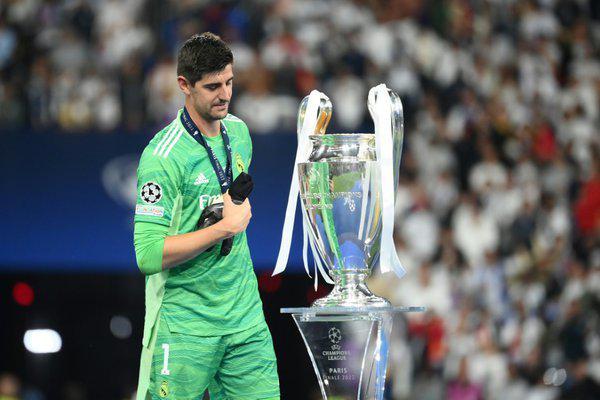 Real Madrid was certainly not the team fancied to win the UEFA Champions League final. But look who they beat on the way to their 14th European title (twice as many as AC Milan, the next most frequent winner): three teams that were definitely considered likely winners: Paris Saint-Germain, Chelsea (the current Champion), then that extraordinary last-minute two-goal burst that won the semifinal against Manchester City, and so to victory over the definitely fancied Liverpool.

Liverpool will no doubt feel hard done by. They had the better of the stats. I mean, 24 shots to Real’s measly 4? Real had only two shots on goal - one of those being the winning goal from Vinicius Junior.

Liverpool had nine shots on goal, which surely ought to have been enough to produce a goal or two. Not this time. What kept the ball out of the Real goal was a superb display of goalkeeping skills from Thibaut Courtois. All nine of those Liverpool shots on target were saved by Courtois. A couple of the saves were straightforward, easy maybe, certainly made to look easy by Courtois’ masterly performance.

The other seven saves ranged from the remarkable, through barely believable and on to his final breath-taking effort in the 82nd minute that deflected a vicious example of Mo Salah’s sharp-shooting, a shot that seemed to be unstoppably bound for the net until Courtois somehow got in the way and deflected it wide. Yes, there was a slice of luck about this one. Courtois barely had time to react to the shot - the ball really just ricocheted off his arm to fly safely wide of the goal.

I’ll add my personal feelings about Courtois’ achievement. This was real goalkeeping. It was impressive, exciting — at moments, quite beautiful. Courtois managed to showcase the true essence of goalkeeping, the art of protecting the goal, of making saves.

It is a point worth stressing. It takes us back many, many years, to 1878 when the sport’s rules first recognized the goalkeeper as a special player “who shall be allowed to use his hands in defense of his goal either by knocking on or throwing ...” Nothing there about raising his knee to smash into other players, or anything as foolishly dangerous as diving at an opponent’s feet. Yet goalkeeping has come to include such ugly practices and in doing so has degraded the position.

I would certainly vote for Courtois as the MVP of this final. Not only because he did, on seven separate crucial occasions, frustrate the intimidating attacking power of Liverpool, but because he also gave us 90-plus minutes of goalkeeping as it should be, an intriguing skill sans violence, a joy to watch, a credit to the sport.

There is a downside to Courtois as MVP, but one that in no way detracts from his showing. For there was another, clear, candidate for the title. Real’s Brazilian midfielder Casemiro. For sure, the MVP title should reward a game-long contribution of both skill and physical effort - words that sum up Casemiro’s unflagging devotion to the Real cause in this game. So often there were incidents, struggles for the ball, interceptions, vital tackles - that were resolved in Real’s favor by Casemiro’s persistence. They occurred all over the field of play, such was Casemiro’s determination to be involved.

His winner’s medal was hard earned, but this time it was overshadowed by the surpassing brilliance of Courtois, and - for me - the hope that the Real goalkeeper’s heroics - his calmness, coolness and confidence in all that he did - might just trigger the goalkeeping fraternity to take a hard look at itself, to abandon the rough stuff and return to the simple purity of that 1878 directive specifying defense of the goal. In other words, making saves. Just as Courtois so emphatically did.

8 comments about "Real Madrid's Thibaut Courtois: goalkeeping as it should be".
Read more comments >
Next story loading