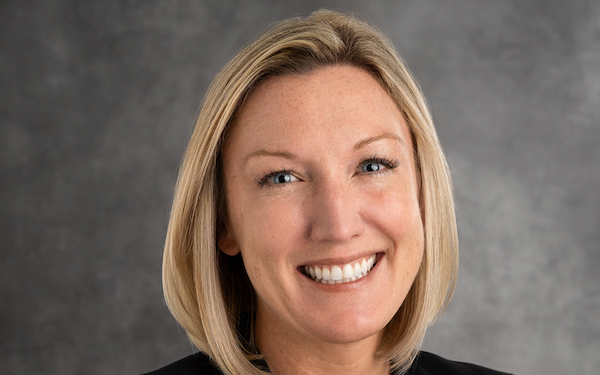 But there are only 12 professional female soccer teams. That’s 300 spots, for all those players. Add in coaches and administrators, and the opportunities for women in pro soccer are extremely limited.

The fan base is there, though. So is the potential for growth. And Amanda Vandervort is doing what she can to fill it.

Last fall, the former college, youth and adult coach – a seasoned marketer and executive, and FIFA consultant – was named president of the USL Super League. The professional division two women’s soccer league kicks off its first season next year. It will be the next step on a pathway that already includes the pre-professional W League, USL Academy and USL Super Y League.

Vandervort brings two decades of global soccer experience, including grassroots initiatives and business development, to her position. She’s been a pioneer in the women’s game, in roles like president of United Soccer Coaches and co-author of “Raising Our Game,” the 2020 report that put a spotlight on player rights and conditions.

There is no single answer to how to build a new soccer league, Vandervort warns. But with NWSL teams in just a dozen markets, the USL is primed for growth. “There are women fans, and fans of women’s soccer,” Vandervort says. Her job is two-fold: to create an environment that keeps women in the game, and market that environment so that those women can thrive.

The USL W League is an important building block. Forty-four teams in 20 states covering seven regions kicked off their first pre-professional season last month. In Indianapolis, Indy Eleven beat Kings Hammer of Cincinnati, before an SRO crowd of 1,571. The Minnesota Aurora drew a sellout crowd 5,219 for its first game, a tie with Green Bay Glory. The league’s 254-game season runs through July 23. More teams are slated to join next year, including Oakland, Spokane and Stockton, California. 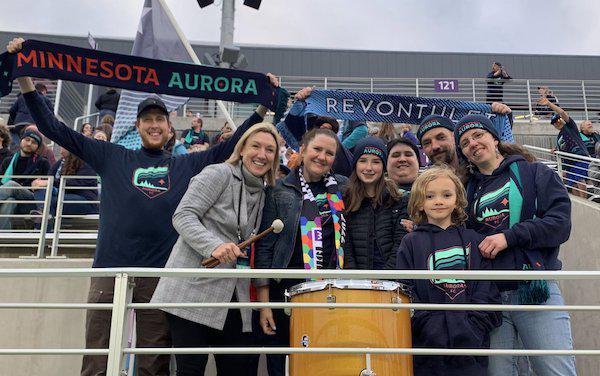 Right now, Vandervort says, “the market dynamics are perfect. Interest in women’s sports has never been higher, and the demand for soccer specifically is off the charts. Everyone – owners, sponsors, the media – are interested. People see this not as just a game, but a genuine business proposition, with value.”

It’s a positive cycle: increasing coverage leads to larger crowds, which leads to more sponsorship and investment, which leads back to increased coverage. Vandervort quotes a business consultant: “the time to invest in women’s sports like soccer was yesterday.”

Is investing in the women’s game different than in the men’s side?

“I don’t compare them,” Vandervort counters. “It’s apples and oranges. It’s the same sport, but a different industry. But the opportunity to buy in to women’s soccer is a good long-term value proposition. The talent level is extremely high, and there’s a sponsorship level that hasn’t been tapped yet.”

Besides, she says, the USL sells “more than soccer. It’s not just about the 22 people on the pitch. It’s the march to the match, the sound of fans, who you are as a club.” That’s true on the men’s side too, of course. But in the United States, most female players – and men who follow the women’s game – have not yet had the chance to pledge allegiance to a club near them like that.

Success will be measured by the usual business metrics, including attendance and revenue. But there are softer measures, like “fan experience” and “long-term sustainability.” Vandervort, and other executives like former college coach (and United Soccer Coaches president) Missy Price, are setting both short- and long-term goals.

Her entire career has prepared her for this, Vandervort says. “As a coach, you think about leadership, and the impact your actions will have on those you lead. As a goalkeeper, I know the importance of communication.

“My business experience has been focused on fan engagement.” (That was one of her roles, as a vice president at MLS.) “There are so many ways to deliver that, whether it’s in the stadium or through a mobile device. So many fans haven’t yet had that opportunity in women’s soccer. We want to build a fan-centric league.” And always, Vandervort keeps her eyes on those 400,000 high school players, and 40,000 college athletes, who right now have an extremely narrow funnel, to only 300 professional spots.

“Think of all those players yet to come,” the USL president says. “This will be such an exciting pathway for them to look forward to.”