Road to Qatar: Welsh message to Gareth Bale's next club: handle with care 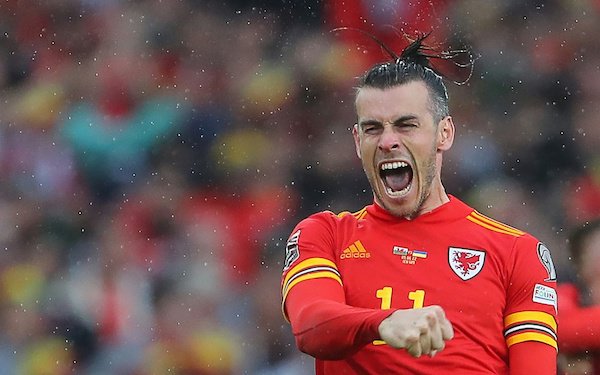 Wales coach Robert Page believes Gareth Balemust be handled with care at his next club after the forward inspired his country to reach the World Cup for the first time in 64 years.

Bale is looking for a new team after ending his turbulent nine-year stay at Real Madrid.

The Wales captain insists he has "loads of offers" despite hardly playing for Real during its La Liga and Champions League-winning campaign.

Bale gave a reminder of his quality with an influential display in Wales' 1-0 playoff final win against Ukraine in Cardiff on Sunday.

With Wales assured of a place at the World Cup in Qatar, Page says the former Tottenham star must find the right landing spot to get in peak condition for the tournament in November. Bale's hometown club Cardiff, Newcastle and several MLS teams in the United States have all been touted as potential destinations.

The 32-year-old won a host of medals at Real, but had a lengthy list of injuries during his final years in Spain and Page knows it is important to manage his fitness carefully.

"Don't get me wrong, I have been a club manager myself and it is hard. When you are trying to create that environment and you have got other world-class players around you," Page told reporters on Tuesday. "It is harder to do that at a club where you do have to have that blanket over the players and say, 'This is how we are going to do things and train today'. No disrespect to our changing rooms, but we haven't got 10 other Gareth Bales. That is going to be his difficulty, finding someone who will manage him like that. He has to take that responsibility himself. That will determine then whether he plays a lot of football."

Bale is set to be rested for Wales' Nations League game against the Netherlands in Cardiff on Wednesday.

But Bale's agent Jonathan Barnett has refused to rule out the possibility of his player performing in Cardiff -- for the Championship club -- next season, saying in a recent interview that "what Gareth does next is not about money".

Asked if he knew where Bale's future lies, Page said: "I am not lying when I say I haven't got a clue what he is doing. I haven't had that conversation with him. I will do, but that is up to him and his family to decide what is best for him to get him in the right frame of mind for November."