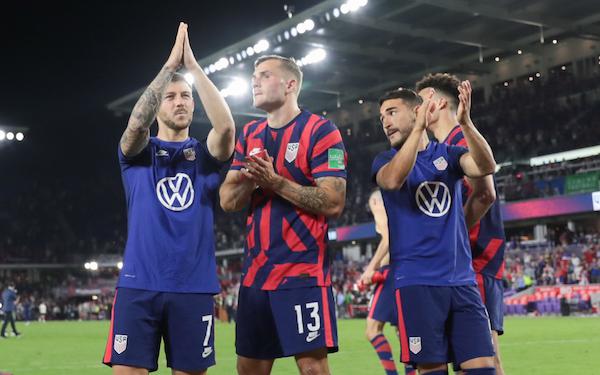 Concacaf doesn't revolve around the three countries that dominate the confederation.

The USA, Mexico and Canada, the three co-hosts of the 2026 World Cup, have won every Gold Cup championship, and teams from Mexico and now the USA (thanks to the Seattle Sounders) have won every Concacaf Nations League trophy since the club competition began back in 2008-09.

If the USA, Mexico and Canada had their way, they'd probably not be playing in the Concacaf Nations League this week. They'd probably be playing fellow World Cup-bound teams (if they can find them) as preparation for the final in Qatar.

But big picture: the Concacaf Nations League is an important tool to expand the development of the game throughout the Caribbean and Central America, especially in smaller countries that did not traditionally have full-time national team programs.

The Concacaf Nations League's promotion-relegation system rewards teams for their success with a chance to move up and face tougher competition. That's the case with both Grenada and El Salvador, which the USA will face in its opening two games. Both were in League B in 2019. Now, they're in League A after winning promotion.

The tournament ended up being important for the USA, too. Those wins over Honduras and Mexico in the 2021 semifinals and final helped boost its FIFA so it was seeded in Pot 2 for the World Cup and avoided teams like Croatia, Denmark, Germany, Netherlands, Switzerland, Uruguay it might have otherwise been drawn against.

U.S. forward Paul Arriola said winning the first trophy with a 3-2 win over Mexico in the 2021 final -- the first of three consecutive wins over El Tri -- was important for the national team.

“It gave us the confidence that we can win cups and tournaments," he said on Wednesday's national team media call. "So for us right now the most important thing is to focus on defending our title, and also trying to improve.”

Teammate Jordan Morris said nothing changes based on the opponent. Uruguay (which has won the World Cup twice and reached the 2018 World Cup quarterfinals in Russia) or Grenada's Spice Boyz (whose greatest success was qualifying three times for the Gold Cup, where their record is 0-9-0 with a goal difference of 2-36).

“We go out and execute our game plan and work on the things that we want to work on in the game," he said.

The common denominator to the two matches is that they are both World Cup warm-up games.

"Everyone's going to go out and compete and show themselves to the best of their ability," added Morris."It comes back to the collective and getting better as a team because there's not that many games left before the World Cup and we want to continue to take steps get better as a team before that tournament.”

men's national team
2 comments about "Concacaf Nations League has served its purpose for both USA and its two opponents".
Read more comments >
Next story loading