Father Edwin Leahy: 'Soccer for me is a way to make connections' 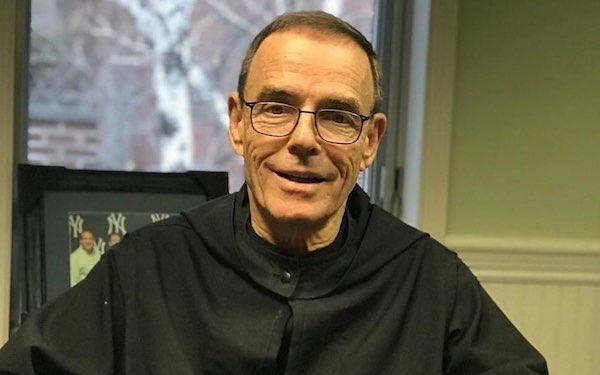 St. Benedict’s Preparatory School played soccer as far back as the 1930s. Already more than 60 years old, it was an educational, religious and social cornerstone of Newark’s Catholic community.

But demographic change swept the New Jersey city. By 1972, the school had closed. Father Edwin Leahy – a 1963 alumnus — was hired to reopen it.

Slowly, St. Benedict’s came back. But with fewer than 100 boys, sports were lean. Father Edwin reinstituted soccer, primarily to give basketball players and wrestlers an autumn activity. “You can imagine what that team was like,” he says.

In 1980, an alum told Father Edwin about a youngster in nearby Harrison. His father, an Uruguayan immigrant, wanted his son – a whiz with the soccer ball — to have a Catholic education.

His name was Tab Ramos. He was only a freshman, but the team quickly learned a new strategy: “Kick it near Tab. He’ll do the rest.”

Ramos was joined by another Uruguayan player, and one from Haiti. The Gray Bees attracted the notice of soccer fans – and of Paul Gardner, the influential New York City-based Soccer America journalist. He liked what he saw, and urged Father Edwin to meet Rolando Aguilera. The Bolivian native had founded and nurtured the Tahuichi Academy in Santa Cruz. Youngsters were developing skills and finesse there, just like Ramos had done in Uruguay. 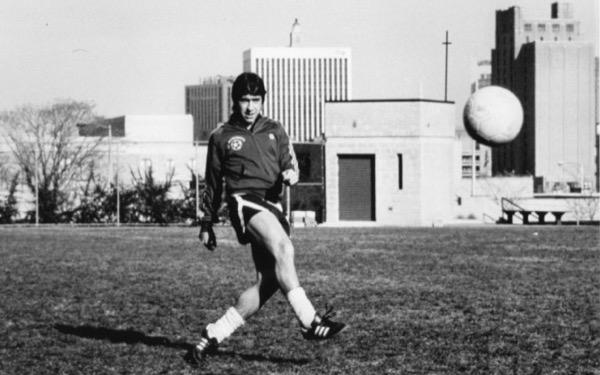 By the end of the tournament, a Bolivian player was headed to St. Benedict’s. The rest, Father Edwin says, is history.

He estimates at least 100 boys from the Tahuichi Academy have come to the school. They joined players from northern New Jersey and helped keep a dynasty going created by players like Ramos (Class of 1984) and 1991 grads Claudio Reyna and Gregg Berhalter. Jacobs’ teams won more than two dozen state championships. Their 131-game winning streak fell one short of tying the national record. Many graduates went on to play college soccer. 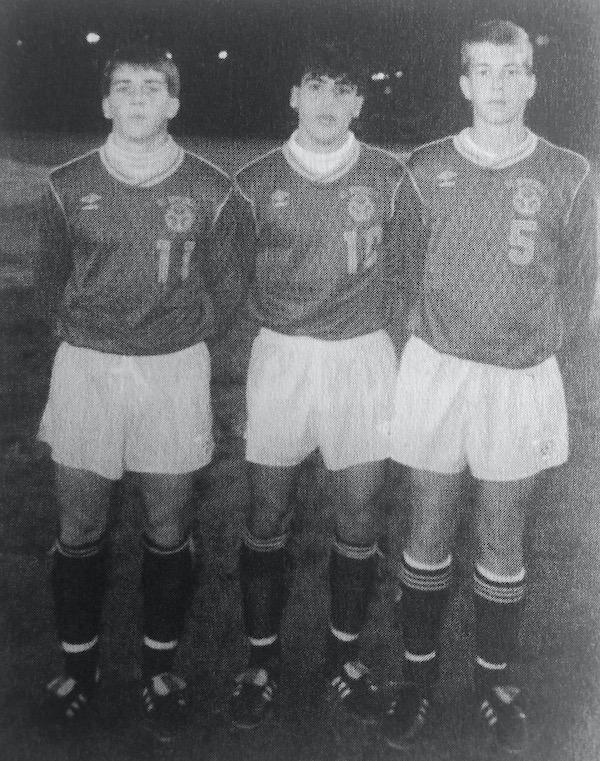 Soccer became the vehicle for St. Benedict’s to engage with the world. They participated in the famed Mundialito tournament. They partnered with Maccabi Haifa, an Israeli club with Jewish and Arab players. Earlier this month its youth team was in Newark, playing St. Benedict’s in between matches with the Philadelphia Union and New York Red Bulls.

The Tahuichi connection remains particularly strong. Aguilera died in 2002, but his son Rolito picked up the torch. Several children of the first generation of Tahuichi students have followed their fathers to St. Benedict’s.

The school continues to be a magnet for soccer players, from around the globe. Father Edwin is excitedly describes a rising junior, from Ghana. “He’s a little water bug,” the school head says. “He reminds me of Tab.”

Before meeting Ramos, Father Edwin notes, “my knowledge of soccer was none. Zero.” Through the young star though – and, later, other top players from New Jersey, Tahuichi, Africa and elsewhere – his knowledge of the game, and his understanding of its impact far from the field, soared.

“Soccer for me is a way to make connections,” Father Edwin says. “The joke in our family was that when my father went out for bread, he came back with six guys. It took my brother three hours to take out the garbage, because he talked to everyone. I have that same approach. Without this game, I wouldn’t know Rolando, Rolito or Bolivia. I wouldn’t see Jews and Arabs playing together on the same team, or been able to take our team to Israel.” St. Benedict’s has formed relationships with teams from the Netherlands to Mongolia too.

Soccer is not the only reason the school has thrived. But – starting with the days of “Kick it near Tab” – it sure helped kick things to new levels.

youth
5 comments about "Father Edwin Leahy: 'Soccer for me is a way to make connections'".
Read more comments >
Next story loading