Tom Heinemann on coaching the USA's U-15 boys, his 10-club pro career, and advice for youth clubs 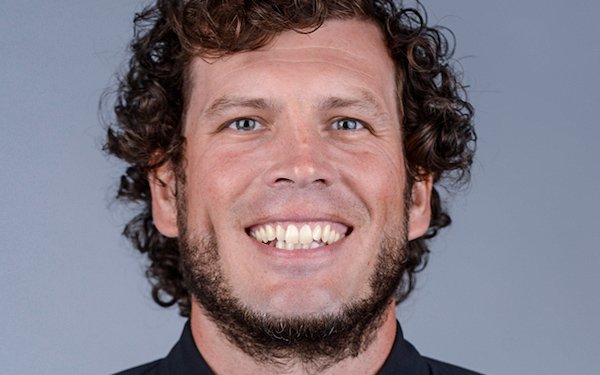 U.S. Soccer appointed 35-year-old Tom Heinemann head coach of the U-15 boys national team in February. Heinemann, who also serves as an assistant coach to U-17 head coach Gonzalo Segares, most recently served as assistant coach at Belmont University in Nashville and the Tennessee Soccer Club. The St. Louis native, an all-American at Rockhurst University, played pro for 10 clubs in four leagues (MLS, NASL, USL PRO and USL Second Division) in 2008-2018, including MLS's Columbus Crew and Vancouver Whitecaps, and the 2017 NASL champion San Francisco Deltas and 2010 USL Second Division champion Charleston Battery. He was one of the co-founders of the USL Players’ Association in 2018. His other coaching experience includes Columbus Crew pre-academy and as an assistant coach at University of British Columbia and Yale.

SOCCER AMERICA: How did you initially get started in soccer?

TOM HEINEMANN: I'm from St. Louis, Missouri. I began playing soccer at a young age, playing grassroots and backyard ball. At age 9, I started playing what we then called "select," or club ball. And I just loved the game.

SA: What did you love about soccer?

TOM HEINEMANN: I loved the free feeling it gave me when I played it. It was simple. It was always different, always changing. It kept my mind busy and I really enjoyed the physical element of it as well.

SA: Do you remember when you thought that becoming a professional player could be a reality for you?

TOM HEINEMANN: It wasn't until I was about 20 and had started playing college ball. I've always been a guy who tries to be the best wherever I am. But when I was young, soccer was hardly on TV, MLS was just getting started, and we didn't really know what was out there. It was really hard to see a pathway. Now you have pathways every couple hundred miles across the country.

TOM HEINEMANN: I never really liked to compare myself to other players, but I have players that I love to watch. I always loved watching Zinedine Zidane play, and Robert Lewandowski. Those are two players whose soccer IQ is on a different level. In terms of practical, real life influence, I always looked up to my cousin Jim, who played in college. I watched him play whenever I could and he helped me train a lot. 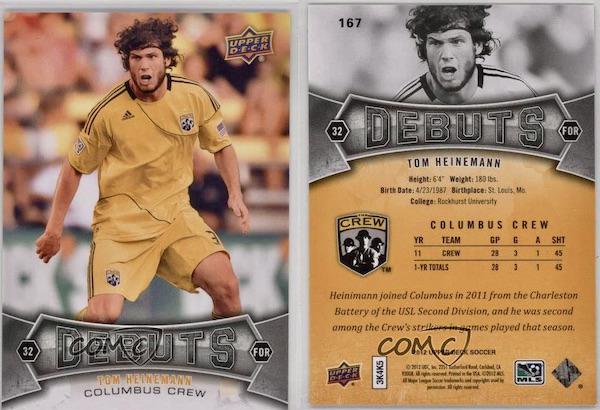 SA: What were the highlights, your favorite memories of your pro playing career?

TOM HEINEMANN: I was blessed every time I laced my boots, because I had suffered several injuries and had had the game ripped away for me. So I'm grateful for every moment in every club that I had.

Whenever you win and we can lift the trophy, it stands above the rest. And for that reason, most recently 2017 with the San Francisco Deltas, an extremely memorable year, winning the NASL title. In 2015, with the Ottawa Fury we lifted a trophy (fall champions) as well and got to Soccer Bowl with a special group and special locker room. 2010 was a special year for me. It as a wild period. Playing in two finals with two clubs, the Charleston Battery [USL Second Division] and the Carolina RailHawks [USSF Division 2 Professional League], in two months.

And I really relish my time in Major League Soccer as well.

SA: How did you get started in coaching?

TOM HEINEMANN: Coaching began in my heart at a very young age. I had an entrepreneurial mind. I started my own soccer camp to save money for a bike when I was 11.

I had a little camp in my side yard for kids. That's when I actually first started coaching and doing little grassroots stuff, private training, small group trainings.

TOM HEINEMANN: I was 11 years old. My mom helped me. She brought watermelon out. A couple 4-year-olds and a 5-year-old. Yeah, it's incredible to think that at 11 I did that.

SA: Their parents paid you?

But it wasn't until the age of 24 that I said, "This what I want to do" when I'm done playing.

TOM HEINEMANN: That was when I was with the Columbus Crew. I remember very distinctly thinking about what I've observed from different coaches, different leaders in college and in the pros, at different levels of the pro game.

I was fascinated by it. Seeing different decisions being made and thinking maybe I would do it that way, or I love how that's being done. Or maybe I'd do it out a different way. I had already been coaching and doing stuff, but that's when I began preparing to coach in a different gear.

SA: You’ve obviously had a lot of coaches. Can you name any that have been particularly influential on you?

TOM HEINEMANN: I could give you names, but I would have to give you 10 names. Because there's so many coaches that impacted me. I believe that the coaching journey for me is the continual process of growth, and I try to learn something from everybody I work with or work under. I took a lot from a lot of different coaches. It's made me the coach I am today. I was very blessed to have good leaders to observe and to play under and consider: How do they manage others? Their game tactics. How do they coach and do trainings? How do they treat people?

SA: Do you remember anything that your coaches did that you would never do as a coach?

TOM HEINEMANN: Absolutely. In a lot of ways, you see things that other people do and you say, I don't like that. And it solidifies how you like to coach or to lead.

It could be in a training session. It could be whenever you give the starting lineup for the team, whether you do that a day before the game or right before the game. So that's an example. I think that when you see how people do things, it can solidify in your mind. OK.

The one thing that I do believe in is consistency as much as possible. Especially at younger ages it's important.

SA: How will you be judged whether you’re a successful U-15 national team coach?

TOM HEINEMANN: My job is threefold.

It's helping our incredible Talent Identification department. To work and collaborate with Talent ID, which is extremely detailed and thorough in everything it does to identify all the top players in the country.

It’s a big task to do in our country, especially because it’s such a large country: Who are the top talents? Where are they? And then to funnel them into our system.

And then a big thing for me — the third thing — is to inspire these kids that one day their phone could ring and they could walk across the white line for the senior team of the United States of America.

And right now, more than ever, players can see that that's actually not that far off, if look at our average age of players being called into the senior team.

SA: You’re coaching an age group at which players are growing and at various stages of physical development …

TOM HEINEMANN: You can see an incredible amount of growth in a small period of time. It's something we talk a lot about — understanding the player's growth maturity and where they are at in that process and evaluating them in a fair way. That's a big dimension in of the U-15 age group.

SA: For players with the potential to join your pool, what do you hope they’re experiencing with their clubs? What advice would you give their coaches?

TOM HEINEMANN: I'll give you two things. The first thing to keep challenging the player.

When you have a top player coming through a youth club — any youth club [whether affiliated with a pro club or not] — it could be easier to take the foot off the gas with that player in terms of challenging them.

So the first thing I would say is to keep challenging them so that they can continue to grow, because the trajectory for growth is very important.

SA: Such as playing up, in an older age group?

TOM HEINEMANN: Every player's different in what they need, whether it’s going up an age group in a training or in a game. Or they need different types of training to continue to grow. Working with the player to maximize their growth potential to keep challenging them.

Now, there's the need for a foundation, a base, and a lot of qualities — don't get me wrong, in terms of being able to use both feet, for the example I'm using — but sometimes you get coaches who try to build every player to be the same player. The exceptional qualities are the ones that set them apart, that indicate an extraordinary potential. Keep challenging him to improve the exceptional qualities that he has.

youth
1 comment about "Tom Heinemann on coaching the USA's U-15 boys, his 10-club pro career, and advice for youth clubs".
Next story loading