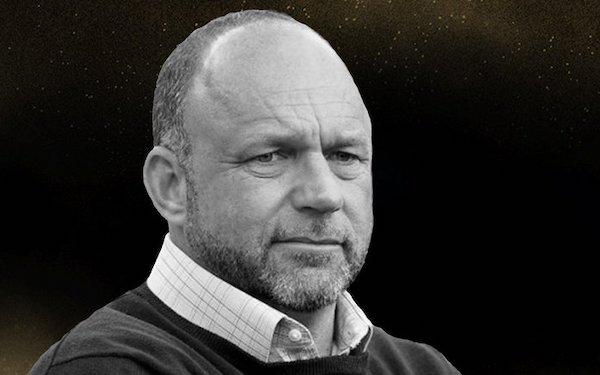 Tom Soehn, head coach of USL Championship club Birmingham Legion since its 2019 launch, started his coaching career as assistant coach to Bob Bradley with the Chicago Fire, the final club of a playing career that spanned MLS, the APSL, Major Indoor Soccer League, Canadian Soccer League and the CISL. Playing for the Fire, Soehn won the MLS Cup 1998 and U.S. Open Cups in 1998 and 2000.

The 56-year-old Soehn, who played college ball at Western Illinois, was D.C. United assistant coach when it won the MLS title in 2004 and its head coach for 2007 Supporters' Shield and 2008 U.S. Open Cup titles. Soehn was assistant coach of the New England Revolution before taking the helm of the Birmingham Legion.

SOCCER AMERICA: Your soccer roots have much to do with your parents being immigrants. Both came from Germany?

TOM SOEHN: Mom and Dad didn't meet in Europe. My dad came through Romania — his family moved from Germany to then Russia because Russia was giving free land to people. When the war started, Russia wanted them to fight and they said, 'Nope, we're leaving.' So the war chased them out of Romania, then to Czechoslovakia, then to Austria, then finally Germany. They heard about the United States and wanted to see what was happening over here — they jumped on a boat and found their way here.

Similar past for my mother — she was in Poland, then Germany. The border kept switching, depending on who was in power. At that time, it was Germany. They felt the pressures of the war and fled to the U.S.

They met at a soccer club in Chicago — Chicago Kickers. That's the club I grew up with. Guys like Brian McBride played there for a bit. It was an awesome club. I only had one club growing up my whole childhood.

SA: Was that the sort of club that had a social element to it?

TOM SOEHN: Yeah, big time. You'd go for the day and spend the weekend. I played, my brother played, my dad played, my sister played. We'd go to the clubhouse after the games with cooked meals and so forth.

SA: Do you have a first memory of playing the game?

TOM SOEHN: It's the Kickers. We didn't have age groups back then. They had peewees, midgets and juveniles. If you fell into a certain age bracket, you either played for the peewees, the midgets or the juveniles. I was always the 5-year-old playing with 12 year-olds. Holy cow, I was out of my league.

SA: Talk about the soccer culture you grew up in.

TOM SOEHN: Not only did my dad come over but a lot of his cousins did too. It was a lot of them who started the soccer club. I'd call them uncles, but they were probably three or four times removed. I had all my uncles as coaches and cousins as teammates. That was kind of the basis of our team. A lot of Americans joined us as well.

SA: Could you delineate a certain playing style or philosophy that stood out to you from back then?

TOM SOEHN: Something I recall was the culture playing for that club. If your shoes weren't polished, you were running. If your ball wasn't pumped or if you left the field messy, you heard about it. It was all of the little things outside of the game that taught you how to be a good human being and treat life the right way.

I always thought they played that way. It was all about knocking it around — not so much about results as about quality of play. That resonated with me throughout my whole life.

TOM SOEHN: It was a big part of my life — when I came out of school the NASL had just folded. I played with the Wichita Wings for seven years. 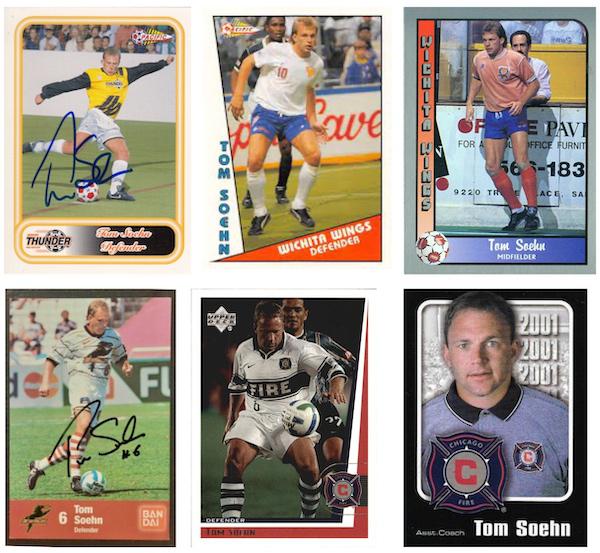 SA: The transition from indoor to outdoor?

TOM SOEHN: There was some talent. All ex-NASL guys. My learning curve was really high — teams back then had to have three Americans on your team and I was lucky enough to be one of those Americans. But you were playing with a European-based crew. The experience there was phenomenal — I grew up real fast. I loved it — laser shows, music, ball always in play.

It's a lot more anaerobic. Outdoor is very aerobic. It's totally different: indoor is on for two, off for two, on for two, etc. You try and knock 90 minutes out after an indoor season and you're playing a different sport.

SA: At the end of your career, you played under Bob Bradley at the Chicago Fire and then became of his assistants. How was it to play under him? Did he partly inspire your desire to coach?

TOM SOEHN: I think I had that hat on already. When you're young, all you focus is on yourself. Later on, in your career, you start mentoring young guys and start looking at the daily picture. One thing about Bob is that he's very thorough. He spent endless hours watching video. But he also had a good understanding of what the game was about and how to relay that message and his vision in a way that all guys would understand it — whether you're from Poland or America.

SA: What stuck out from that?

TOM SOEHN: His communicating was fantastic. He told you how it was, not what you wanted to hear. There were a lot of coaches in my time who told you what you wanted to hear to make you feel better. I didn't appreciate that — tell me the way it is, you know? He was special for that. He had that with a lot of guys — he was very honest with them and I think you can appreciate that as an athlete.

SA: What coaches in your own playing career did you learned from the most?

TOM SOEHN: I can go back to my Kicker guys. Harry Quidzinski  — I was related to him somehow, I forget how exactly — but that was tactical stuff, how you play the game, stuff that resonates with you as a kid because it's the most crucial time to learn. I never went to a soccer camp — that was it.

Dave Dir was a coach of FC Dallas back in the day. I played for him in Colorado. He had an unbelievable vision of what a team looked like [including the importance] of having your leaders. It was amazing to see him build a team that's ultra-competitive. We would run through those leagues — APSL, NPSL, it was a like a new league every year. One thing that went with it was that he made a team that complemented each other really well. To this day, I always think about how you need your complements in every team.

SA: You were an assistant coach at D.C. United when a 14-year-old Freddy Adu signed with the team. At the time what did you think of him? Did you think he would be successful?

TOM SOEHN: First of all, I think Freddy was put in unbelievable circumstances. Whether it was Nike or the league likening him to be the next Pele — they really did — he was a young kid and those are shoes no one can fill.

He went to every road game and the stadiums are filled up to see Freddy. The pressure of playing was high, too. I give head coach Peter Nowak credit because he played Freddy probably before he was ready. He felt like fans paid to see Freddy play so we gotta get him on the field. We did that quite regularly and won a championship having done that.

He had to learn the team concept of defending. But he did get it. He started putting in really good shifts. But I felt bad for him because his agents are telling him like, 'You gotta score goals! You need assists! You need points! That wasn't what the team was looking for — we just wanted him to be connected to the team. He did some special things that year we won.

SA: You’ve been with the Legion for four years now — of course, some time off due to Covid — how would you rate the growth of the project there?

TOM SOEHN: We all make decisions on what we want to do. When Jay Heaps took the job [president/general manager] here — we had coached together before and always talked about how we would run a club. We had very similar ideas on what our club would look like. When I got here, the board really let Jay and I do so much in building the club — whether that's the culture of the players, the front office stuff, I think Jay found his niche being our president. He also gets the soccer side because he was a head coach. There are a lot of GMs how haven't sat in a locker room and don't get that dynamic.

SA: What do you say to people who say that Alabama isn’t a state for soccer?

TOM SOEHN: It's real simple — if you look at where soccer's going, man, everyone's playing here. Kids galore. We're getting a lot of talent here. They just don't know it yet.

SA: You play in a new downtown stadium, 47,100-seat Protective Stadium. What is the next step for the Legion?

TOM SOEHN: We're building a training complex here, which is massive. From a viewpoint of where the club is at based on where we've been, I think we've got it pretty well. When someone leaves the club, they won't have anything negative to say. One area we're trying to get right is the infrastructure. Covid kinda put a damper on that. Ideally, our own soccer-specific stadium would be great. But the playing experience at Protective Stadium is pretty amazing — it's MLS worthy.