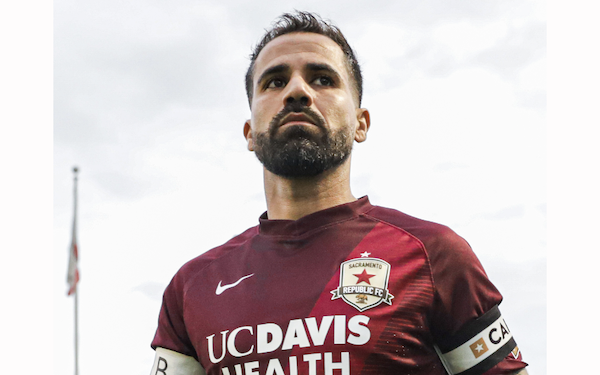 The Republic, along with USL League One’s Union Omaha, are the last non-MLS teams in contention. The 2022 edition of the Open Cup began with 103 teams, a tournament record for the MLS era.

“Being in the quarterfinals of the Open Cup as a USL team is a huge achievement,” captain and attacking midfielder Rodrigo "RoRo" Lopez says. “It’d be a huge plus for the club and for the USL for us to make it to the semifinal.”

Like all USL Championship sides, Republic FC began Open Cup play in the second round. It defeated USL League Two side Portland Timbers U23, 6-0. In the third round it bested new League One club, Fresno's Central Valley Fuego, 2-1, and then beat USL Championship rival Phoenix Rising, 2-0, in the round of 32.

That set up a round-of-16 matchup against the San Jose Earthquakes, which had knocked out Sacramento three times, in 2014, 2015 and 2019. Lopez had played in the 2014 and 2015 editions, losing the the first 2-1 and the second on heartbreaking penalty spot shootout.

Facing a combination of reserve and first-team players, Sacramento’s Luis Felipe — who had played three seasons for the Quakes before moving up north last year — broke the deadlock in the first half, sending the soldout Heart Health Park crowd into a frenzy.

The highlight of the match came in the 84th minute, though, when Lopez pulled out wide looking to create a numbers overload. “On that play, Matt [LaGrassa] was able to find me. Jack [Gurr] made a good overlapping run and took a defender with him.”

Lopez cut in, found a pocket of space and lined up a 30-yard effort. Quakes backup goalkeeper Matt Bersano watched the ball sail into the top corner. The goal iced the game and sent the “Indomitable Club” to its first-ever Open Cup quarterfinal with a 2-0 win. 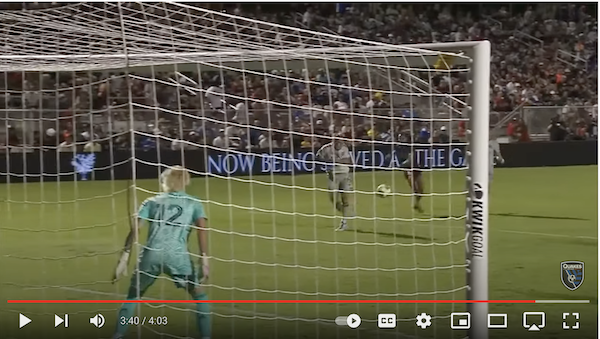 Lopez had actually scored that goal before. He was playing for Mexican club Celaya against Santos Laguna in another cup match. “Right when I hit it, it felt exactly the same as it did two years ago in Mexico.. .. When you hit the ball like that you feel like something dangerous is coming,” Lopez says.

How many times has Lopez practiced that shot? The answer might surprise you. “Honestly, nowadays I don't practice that shot that much,” Lopez says. “I used to practice it with my dad when I was little and this is when it pays off.”

The 35-year-old Lopez is at the point in his career where his trainers don’t want him in shooting drills.

Lopez was born in Guadalajara, Mexico, but grew up in Santa Barbara, California. He honed his skills at Chivas Guadalajara’s academy system and signed his first professional contract for MLS expansion team Chivas USA in 2005.

He was Sac Republic’s first-ever signing in 2013 and helped it to the USL PRO title in its inaugural season in 2014. In over 70 appearances across three seasons, he’s notched 28 goals and 19 assists, both good for top three in all-time club history. 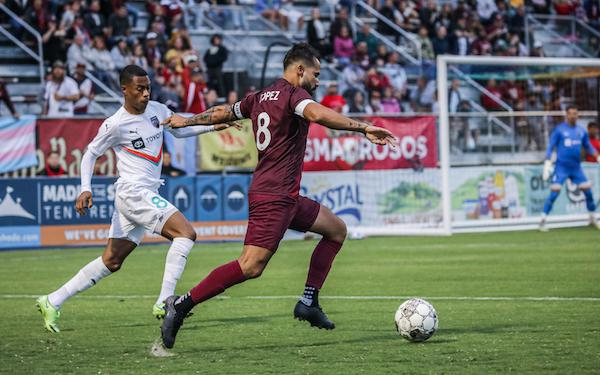 “This club has grown a lot,” Lopez says. “With the whole MLS thing, some fans were disappointed and backed off a little bit. But the club is still going strong — from day one, you'd walk in the office and everyone is so happy to sell tickets and to work for the franchise. You still see that now. ... Whenever you have that, the club will always stay strong and be a winning club.”

As for that “MLS thing.” California’s capital was set to become MLS’s 30th club in 2023, but early last year the deal fizzled when billionaire supermarket tycoon Ron Burkle pulled out. Sac Republic was also close to becoming an MLS club in the 2017 expansion race for the 25th and 26th teams but lost out to Nashville and Cincinnati, again due to investment issues.

For Lopez, the Republic’s sisyphean efforts to join MLS ranks just adds more fuel to their Open Cup run: “The hype of Sacramento being an MLS team has always been high. The fans and the city deserves an MLS team. If you were at the game against San Jose, you could tell we have something special here between our fans and our city.”

Regardless of its MLS status, owner Kevin Nagle plans on opening a downtown stadium in Sacramento’s Railroads area.

For now, though, all eyes will be on Dignity Health Sports Park in Carson, when Sacramento will attempt to make history on Tuesday night. To win against Chicharito and Co., Sacramento will “have to play in the moment and not let the emotions or the magnitude of the game get into our heads,” Lopez says. “We have nothing to lose and everything to play for. Beating them would be a dream.”