Big day for the Hunt family 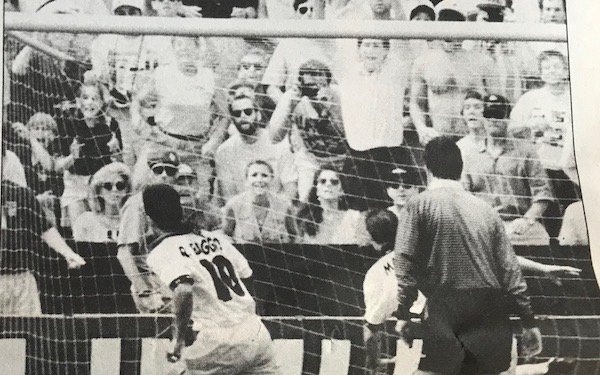 The Hunts have long ties to soccer in Dallas and Kansas City. Their father, Lamar, founded the Dallas Tornado in 1967, and their sports group owned two of MLS's founding teams, the Kansas City Wiz and Columbus Crew.

Lamar Hunt was the investor largely responsible for keeping pro soccer alive after the struggling NASL dropped to five teams following the 1968 season, and he was one of three owners along with Robert Kraft and Philip Anschutz who committed to backing MLS after it folded its two Florida teams, leaving it with 10 teams after the 2001 season. The Hunt Sports Group added the Dallas Burn to its MLS portfolio but later sold its interests in the Kansas City and Columbus teams as the league began to take off.

The Hunt family's World Cup connection goes back to 1966 when the airing of the final between England and West Germany from Wembley on NBC — a black and white BBC feed shown on delay — piqued Lamar's interest in soccer. He already owned the Kansas City Chiefs, who began as the Dallas Texans in the old American Football League and moved to Kansas City in 1963. 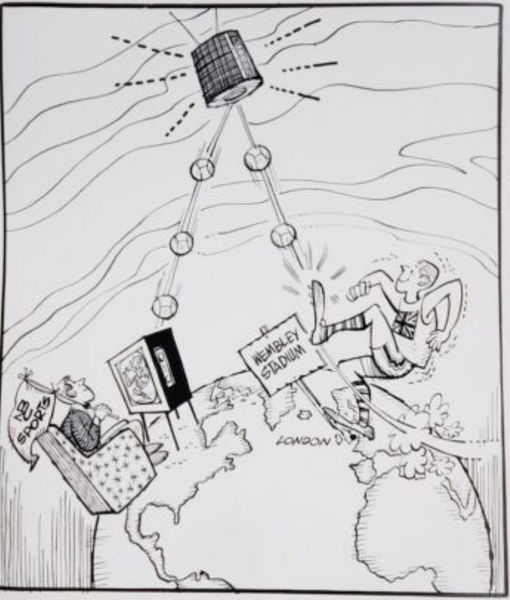 As told by biographer Michael MacCambridge in "Lamar Hunt, A Life in Sports," Hunt was absorbed by the drama of the overtime final and "captivated by excitement and pageantry" of the match, and could not shake his fascination with what he'd seen.

"He decided right then and there that he wanted to bring the sport of soccer to America," Clark Hunt told Kansas City reporters after FIFA's decision to pick both Kansas City and Dallas as World Cup 2026 venues. "I know that he would be absolutely thrilled by today's announcement."

It just so happened that the day after the England-Germany final someone pitched Lamar about a pro league.

''A group of people, some baseball owners and some other people, were talking about starting a professional league in the United States,'' Hunt told Soccer America's Ridge Mahoney. ''Whoever was on the other end of the line asked me if I'd be interested, and in a moment of weakness, I said yes.''

(It turned out two leagues launched in 1967: the USA, in which Scotland's Dundee United represented Hunt's Tornado for the 12-game season, and the outlaw NPSL.)

The first World Cup Lamar Hunt attended was the 1970 World Cup in Mexico. Until 2006 when he died, he attended every World Cup as a fan except the 1978 tournament in Argentina, which he skipped due to security concerns. He always tried to arrive early to soak up the atmosphere and made sure to have a notebook to take down details of the matches and their organization he wanted to remember, 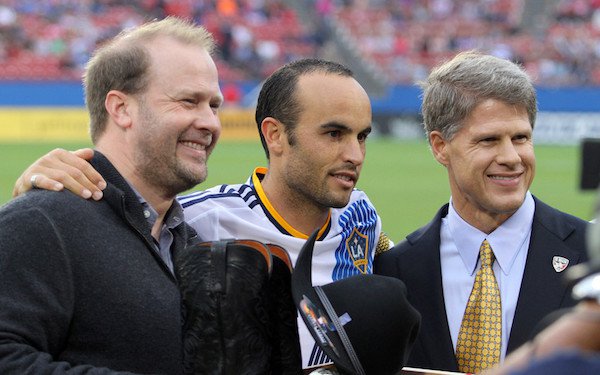 At the 2002 World Cup, he attended each U.S. match and had tears in his eyes, Don Garber, attending his first World Cup as MLS commissioner, told MacCambridge, after Brian McBride scored to give the USA a 3-0 lead over Portugal in the opening match it won, 3-2.

The USA's next match was against co-host South Korea, and Hunt told MacCambridge the atmosphere in Daegu was the greatest he ever felt at a sporting event. "I've seen Kanas City Chiefs fans dressed in red, but I've never seen anything like that — the whole nation dressed in red."

Despite the success of the tournament, it was uncertain months later whether an American pro league would take off. The plan was still to launch in 1995 — that never happened — and Soccer America published a story about the uncertainty. We included a photo of Lamar and Clark Hunt, mentioning Lamar as a "key figure" in MLS's bid to get the league off the ground.

About two weeks later, I received a short typewritten letter from Lamar regarding the article. I figured he was writing to quibble about something written in the article, as he would occasionally do, always very politely. Enclosed was a copy of a photo in the article. Not the photo of Lamar and Clark. On the opposite page, we featured a photo of Roberto Baggio scoring for Italy against Nigeria at Foxboro Stadium (whose owner, Robert Kraft, we mentioned as a possible MLS investor).

Lamar circled each of the faces of the fans in the first row behind the Nigeria goal. He wanted to know how he could get a copy of the photo. The fans in the photo were Lamar and his family. 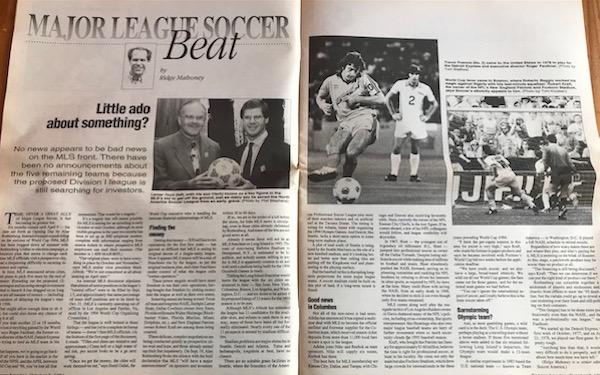