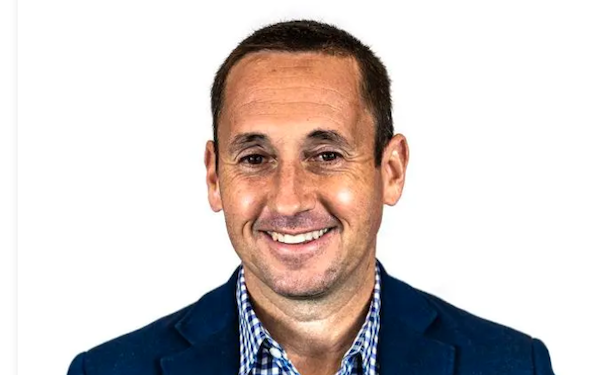 When the University of Nebraska Omaha asked Jay Mims  to be its first men’s soccer coach, he called his mentor. Bob Warming — who restarted the dormant Creighton University program in 1990, where Mimms spent nine years as his assistant – described his year-long process of creating a team. He urged Mimms to take the challenge.

That was in May of 2011. Mimms looked forward to 15 months of planning before the Mavericks’ first match.

Then he learned the school planned to field a team that August: just a few weeks away. “No problem!” Mims said.

The new coach went to work. The Memphis native whose Tennessee Olympic Development Program teams had seldom gotten respect from Region III powers like Texas, Florida, Georgia and North Carolina – until they started winning – had faced adversity before.

As the only Division I state school in Nebraska, Mims started with homegrown players. “All I could sell was my background and experience,” he says.

The Mavericks won their first game ever. Mimms felt “like Pep Guardiola.” Then they lost 11 straight.

“I had to learn to lose,” he recalls. “I’d never lost games 3-0, 4-0, 6-0” – not at the youth level, not as a four-year starting midfielder for Saint Louis University, certainly not at Creighton with Warming, or when he followed the head coach to high-level Penn State.

But each year, UNO improved. By the fourth season, they reached double-digit wins; Summit League titles, NCAA tournaments and MLS draft picks followed, along with a new stadium. Bigger schools came calling. Mims’ athletic director encouraged him to listen. “He said, ‘You’re outgrowing us,’” the coach notes. “I wanted to stay, but I appreciated his honesty.” Real Salt Lake piqued his interest. The MLS club was building an actual residential academy. They wanted Mims – who throughout his career had also coached club soccer – to work with youth teams, and do some scouting. He said yes, and enjoyed the “awesome” experience.

But in 2019, he heard from a group back in Omaha. The USL was starting a new League One team. The excitement of starting a new program – this time with eight or nine months to prepare, for a 2020 debut – was impossible to resist.

Mimms wore many hats. Besides coaching, he was involved with branding, marketing, sponsors, even deciding the logo, colors and name of the new club: Union Omaha.

By now, Mimms was an expert at building something from scratch. The most important part was players. “I always want not just high-quality players. I want high-quality guys,” he says. He found them. That first season, Union Omaha finished second to, to Greenville Triumph. However, a new challenge – COVID-19 – arose. The championship match was canceled.

But those were just warm-ups. This spring, Union Omaha entered the U.S. Open Cup. The oldest soccer competition in the nation includes teams from all four professional men’s leagues (and in earlier rounds, amateur sides). 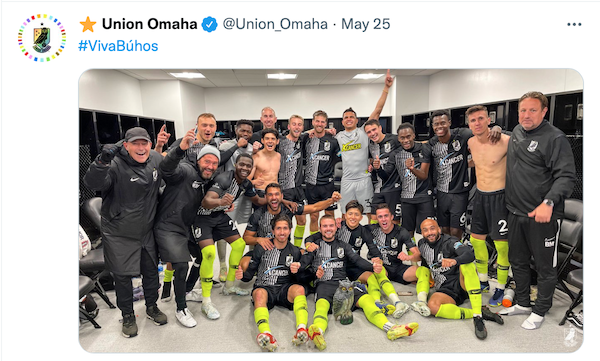 Since MLS began in 1996, those teams have dominated the competition. No lower division squad has won the Open Cup since the Rochester Rhinos in 1999.

In April, an injury-time goal by Alex Touche drew Union Omaha level with the Chicago Fire. They prevailed in a penalty shootout, becoming the first USL League One team ever to beat an MLS foe.

On May 25, Union Omaha’s run continued. A 2-1 victory over Minnesota United – Open Cup finalist in 2019, the last year before the pandemic canceled the competition – vaulted them into the quarterfinals. They’re the first “third division” team since Orlando City in 2013 to get that far.

Their round of eight foe is Sporting KC. The match is this Wednesday (June 22). Union Omaha quickly sold out their allotment of 500 tickets – and the next 500, too. “I don’t think Kansas City is giving us any more,” Mims said. But he expects a couple of thousand fans to make the 185-mile trip south, hoping that more history can be made.

But this past Friday, Mims was not looking ahead to the Open Cup quarterfinal. There was a league match the next day – against Greenville. Sporting KC could wait.

For a coach who created a Division I team from scratch in three months, four days of preparation would be a snap.