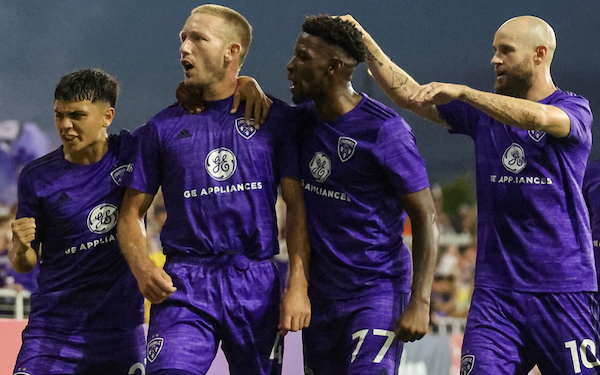 • LouCity moves back on top in Eastern Conference. Louisville City (9-3-3) got a first-half goal from Enoch Mushagalusa and late penalty kicks from Sean Totsch and Wilson Harris to beat Orange County SC, 3-0, and move back into first place ahead of Memphis 901 (9-3-2), which tied Hartford (3-8-3), 1-1. The match drew 10,848 fans at at Lynn Family Stadium.

• Colorado Springs puts on show. Spectacular goals from a pair of Philadelphia Union II products, Zach Zandi and Michee Ngalina, sparked Colorado Springs (11-2-0), the Western Conference leader, to a 4-3 win over Indy Eleven (6-5-3) before a sellout crowd of 8,023 fans at Weidner Field. The Switchbacks have won five of their last six games, scoring 18 goals.