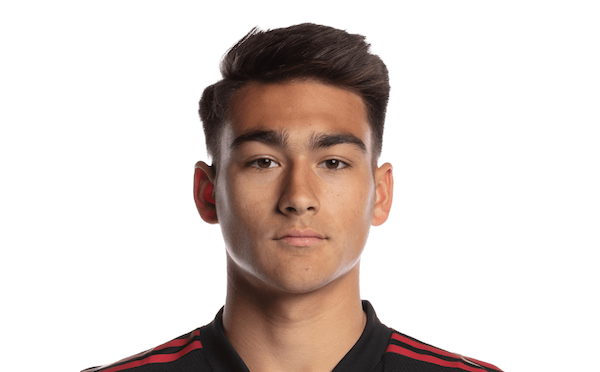 As soccer in the United States continues to progress, the element of success within certain American families has also taken root. There are now several current top American players who have developed while growing up in a household where family members were playing the game at a high level while representing the United States on the biggest stages.

Everyone knows Gio Reyna, a top player at Borussia Dortmund whose father, Claudio, played in the Champions League and also captained the USA at a World Cup. But he is not alone. Ian Harkes was Dundee United’s player of the season. His father, John, was also the U.S. national team captain. Sebastian Berhalter has made 12 appearances for the Vancouver Whitecaps and his father, Gregg, represented the U.S. team at the World Cup and is now the head coach. San Jose defender Tommy Thompson’s father, Gregg, played for the USA in the 1988 Olympics.

Tyler Wolff, 19, is currently with the U.S. U-20 team in Honduras for a very important tournament for U.S. Soccer. The competition serves as qualification for both the 2023 U-20 World Cup and the 2024 Olympics in Paris. These are the two most important opportunities U.S. Soccer will have to integrate and prepare young players for the international stage and this U.S. U-20 team this month will determine if the United States participates.

Wolff is not just a member of a soccer family, he is also part of an Olympic family and he knows the importance of that tournament. His father, Josh Wolff, is now the coach of Austin FC but was a member of the U.S. Olympic team in 2000. That team advanced to the semifinals in the Sydney Games and that tournament was an important transition for top players like Wolff, Landon Donovan, and John O’Brien to take important roles with the full national team two years later at the World Cup, where it advanced to the quarterfinals.

“My dad has spoken about being in the Olympics and the youth national teams -- some of the best moments he had as a soccer player,” Tyler Wolff said from Honduras. “If you get that chance to go, he said, just to take it and run with it because it'll be something that not many people get to experience in their lives. With that opportunity potentially ahead, just be ready.”

Getting to the Olympics has proven to be the hard part for Olympic soccer. The United States U-23 team last appeared in the Olympics in 2008 and the qualification efforts for the 2012, 2016, and 2020 Olympics have all ended in failure.

This cycle has a completely different format, however, in that Olympic qualification is now in the hands of the U-20 team as opposed to the U-23 team. Typically, U.S. Soccer has seen much more success at the U-20 level given the ease to assemble a team where releases are not quite as problematic.

“Qualifying for the U-20 World Cup is a big deal,” Wolff said. “But hearing that this is a two-part to the tournament, it just elevates the intensity and the excitement and the energy around this tournament. We've missed the past three cycles, it still stings. It's a big moment for us coming up. And if we can qualify for that, I think it'll be a big positive for U.S. soccer and for the future players to come.”

The United States opened the tournament with a comfortable 10-0 win over St. Kitts & Nevis and Wolff scored the team’s third goal. On Monday, the U.S. team tied, Canada, 2-2, with Wolff entering as a 73rd minute sub. The USA concludes the group stage on Wednesday against Cuba. Then will be the knockouts starting in the round of 16. If the U.S. team wins its following game in the quarterfinals, it will qualify for the 2023 U-20 World Cup. If it wins its semifinal, it will book a spot for the 2024 Olympics.

With games coming every other day, Wolff knows that everyone will have to contribute for the team to be successful. It also will be a test of versatility because with roster size of just 20, players will have to play different positions throughout the tournament. Wolff is no exception and as a winger by trade, he has also had to fill in at the center forward position. All this will be in the context of a physically demanding game plan where the U.S. team wants to actively press non-stop.

“It's going to be very important that everybody's focused and we've said from the beginning that this is going to be a crazy, crazy couple of weeks with all these games,” Wolff said. “From the beginning, that everyone is going to be playing a huge role in this. And every day we just need to focus and make sure our recovery and rest is taken care of so that we can go kill it. When you're called upon to be on the field.

“This is something we've been waiting for and just progressing towards for the past few months, ever since that camp with the guys who were in Mexico,” he added. “The trainings have been very good, very high level and everyone's been focusing in and all the drills, all the sessions and everybody's pumped and excited.” 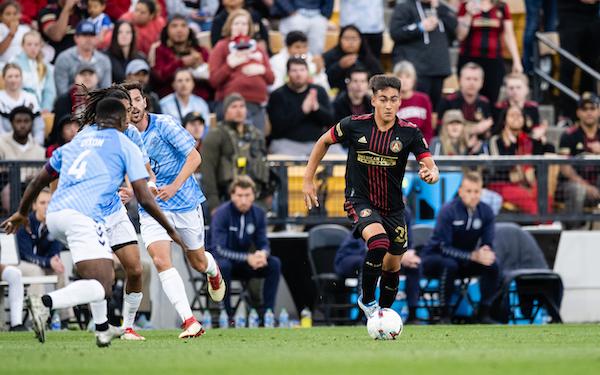 Like his father, Wolff was born in Georgia. He began playing at a high level in the Columbus Crew academy while his father was an assistant coach, but Wolff move to the Atlanta United academy in 2019. He signed a first-team contract in July 2020 and made his first team debut in September that year.

“One of the more challenging things that younger players in Atlanta have is trying to get playing time, especially the attacking players,” Wolff said. “Atlanta is known for being a big club, wanting to win trophies, win games, put fans in the stadiums to draw those big crowds. It's a big deal in Atlanta. And for the young players, it's just getting those minutes. And when you get called upon to try and go and kill it, do as best you can and show what you can do.”

The Wolff soccer family is not simply limited to Josh and Tyler. There is also the younger Owen Wolff, 17, who is currently with Austin FC and has even made four starts this season for his father. That team has been one of the league’s bigger surprises in 2022 and it sits in third place in the Western Conference.

But it also does not end there for the Wolffs. Just as his father represented the United States and Tyler is currently with the U.S. U-20s, Owen recently returned from Spain where he played with the U.S. U-19 team that defeated England and Norway in a round-robin tournament in Marbella.

“From a young age, we've always been together, traveling everywhere, pretty much playing on similar teams throughout our younger years,” Tyler Wolff said of his brother also now breaking into the league as a teenager. “Once I got to Atlanta, he was in Austin. Things move quick. I signed and then he signed and seeing him get minutes and doing well when he's starting and now seeing him progress to the U.S. U-19s. It's been really cool to talk with him and share our experiences that we've had so far with Austin, Atlanta, and now with the with the national teams.”

The recent rise of both Wolff sons within U.S. youth national teams also presents the possibility that both could end up teammates either at the U-20 World Cup or in the Olympics, where they could become a rare multigenerational family of Olympians.

The possibility of that happening will fall on Tyler and his teammates. But when asked about being teammates with his brother on a U.S. national team, he smiles at the thought.