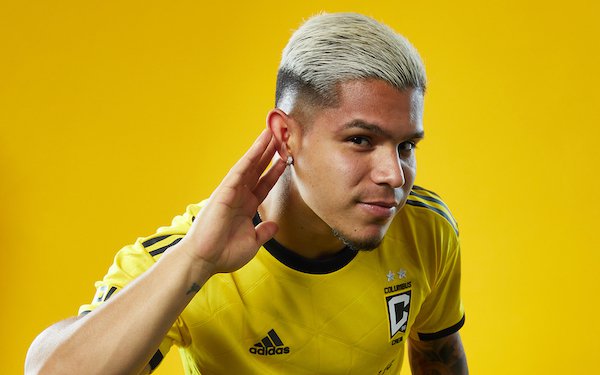 The Columbus Crew acquired 23-year-old Colombian forward Juan Camilo “Cucho” Hernandez as a Young Designated Player from England's Watford  for what it stated was the largest acquisition fee in its history.

ESPN reported that the fee is more than $10 million. The Crew's previous record transfer was for Lucas Zelarayan, acquired from Mexico's Tigres for $8 million ahead of the 2020 season.

The Crew has been looking to add a Designated Player up front since it traded veteran Gyasi Zardes to the Colorado Rapids in April. It won MLS Cup 2020 but did not make the playoffs in 2021 and sits in 11th place in the Eastern Conference with a 4-5-4 record after 14 games in 2022.

Hernandez, 23, joined Watford in 2017 but spent time on loan at three clubs in Spain (Huesca, Mallorca and Getafe) before playing for Watford in 2021-22, scoring five goals in 25 Premier League games. It was relegated after finishing in 19th place.

Hernandez has two senior caps for Colombia, including one against Saudi Arania in June.

Crew president and general manager Tim Bezbatchenko:
"Our goal was to sign a forward who would not only be an individual attacking threat, but who would make us more dangerous as a team. Cucho is a versatile attacker whose agility, mobility and unpredictability make him a constant threat for opponents as he has demonstrated while playing against top-level opponents in some of the best leagues in Europe."<