MLS castoff leads semifinal-bound Sac Republic FC to Open Cup upset: 'It's what dreams are made of' 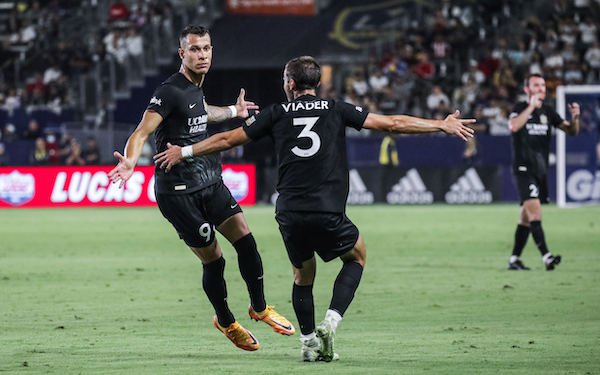 Pre-Covid, the plan was for Sacramento Republic FC to be playing in MLS right now.

Then, the plug got pulled on MLS in Sacramento. In early 2021, billionaire Ron Burkle decided to not move forward with acquiring the MLS expansion team and building a downtown stadium in Sacramento.

The only chance for Sac Republic FC, which has played in the USL Championship since 2014, to play MLS teams is in the U.S. Open Cup, and it has made the most of its opportunity.

Republic FC beat the LA Galaxy, 2-1, in Carson on Tuesday night to become the first lower-division team in 11 years to knock off an MLS team in the Open Cup quarterfinals. It was Sac's second straight win over an MLS California team, after a 2-0 win over the San Jose Earthquakes at home in the round of 16.

Republic FC coach Mark Briggs said he thought his team deserved to win and was the better team.

"It shows that we can compete with the elite clubs in this country," he said.

An MLS castoff, Luis Felipe, broke a 1-1 tie in the 70th minute to send Republic FC to the semifinals for the first time in seven appearances in the Open Cup. It marked the third straight Open Cup game, after wins over perennial USL Championship power Phoenix Rising and the Quakes, that the 26-year-old Brazilian-American scored the winning goal.

Luis Felipe played 19 games over three seasons with San Jose and faced the Galaxy three times, all short appearances late in Earthquake wins. He said Republic FC knew what the Galaxy's strengths were and what it could take advantage of.

"I honestly don't think they took the game serious and we took advantage," he said. "We took their opportunities and we went for it. We don't stop here."

Rodrigo Lopez, another MLS veteran, opened the scoring in the 4th minute, putting away Douglas Martinez’s cross from the right flank.

“I thought we had a good start, the first couple of minutes, and I think really their first possession, we’re down 1-0,” Galaxy coach Greg Vanney said. “The amount of just lack of concentration, turnovers, just simple missed passes, it’s just killer … It was poor, there’s no two ways about it."

An own goal by Conor Donovan, the 2015 U.S. U-20 World Cup defender who has played for six USL teams after an MLS career that consisted of one game with Orlando City, evened the score 14 minutes later, but Luis Felipe won the game with a curling shot that somehow beat Galaxy keeper Jonathan Klinsmann inside the far post.

"He should have scored, actually, about five minutes earlier," said Briggs, "but he can strike a ball with the best of them."

Luis Felipe was born on Long Island but raised in Brazil. He spent time in 2014 with the U.S. U-20s and played for the NASL's Fort Lauderdale Strikers and USL's Reno 1868 before the Earthquakes signed him.

"He didn't get the minutes he would have liked at San Jose and he came to us," Briggs said. "Last season he was fantastic for us as a defensive midfielder. He was one of our top scorers, and he has carried on this season. I think you saw tonight he has the ability to play at the next level." 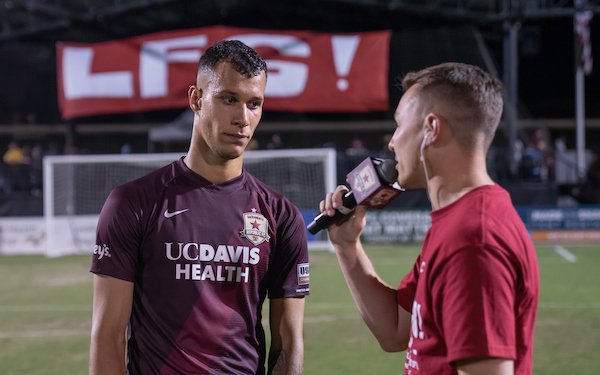 The Galaxy used to excel in the Open Cup, reaching the final four in six of seven years in 2000-06, but it has been to the semifinals only once since then. For a team that is struggling to rebuild its winning tradition, this year's quarterfinal exit was an opportunity lost.

“I just thought the overall performance tonight was not good enough," Vanney added. "We’ve talked about this being something that we wanted to go for and it was something important."

It was certainly important for the Republic FC players, who included six starters with MLS experience. Sac Republic FC finished 13th out of 15 teams in the USL Championship's Western Conference in 2021, but it has been boosted this season by the addition of starters brought over from Ireland (Lee Desmond), Scotland (Jack Gurr) and Spain (Keko Gontan) and found in USL League One (Damia Viader at 2021 champion Union Omaha). 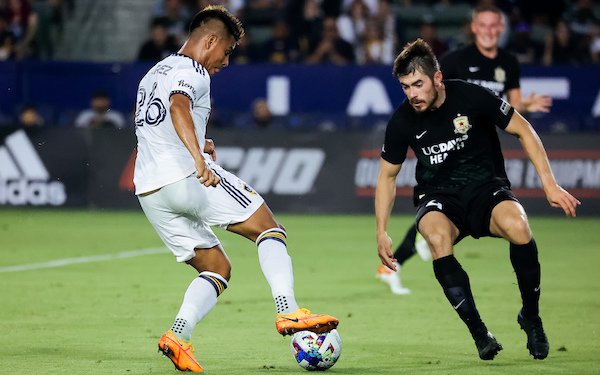