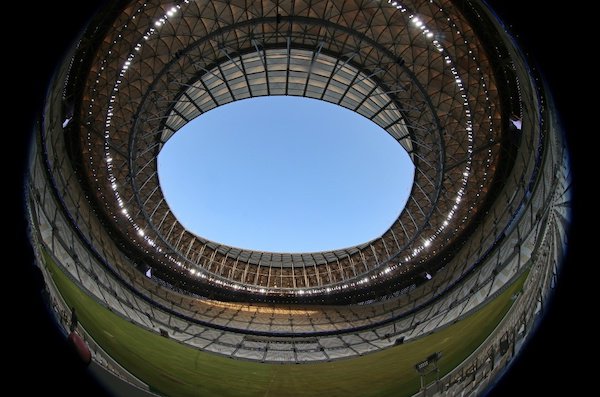 Hassan Al-Thawadi, head of the  tournament organizing committee, said he was working to limit "price-gouging" as costs soar for the Qatari capital's limited accommodation.

FIFA president Gianni Infantino said there were five million requests for tickets for the final at the 80,000-seat Lusail stadium, indicating feverish demand for the first World Cup in the Middle East.

"I think about 1.2 million tickets have already been purchased," Al-Thawadi told the Qatar Economic Forum in Doha. "So people are actually buying and people are excited to come there. There's no doubt about that."

Organizing committee officials said there were about 40 million ticket requests in the two phases of online sales. Two million tickets will be sold in total, with another million reserved for world body FIFA and sponsors.

Doha, with a population of about 2.4 million, is bracing itself for the huge influx of visitors. The 32-team tournament will be held at eight stadiums in and around the capital, putting major pressure on infrastructure.

Qatar says there will be 130,000 rooms in hotels, apartments, cruise ships and desert camps, where there will be 1,000 tents. It has promised shared rooms for as little as $85 a night.

"There will be glamping," Infantino told the forum, referring to upmarket camping. The traditional, Bedouin-style tents will be equipped with water and electricity, but no air-conditioning.

"Accommodation is not a worry," he added. "Everything is done for there to be enough accommodation ready here, and as well, of course, in the neighboring countries."

More than 160 round-trip shuttle flights a day will bring in fans from neighbouring countries, easing the pressure on accommodation, while capacity has been doubled at Doha's two international airports.

To limit the number of fans, only people with match tickets will be allowed to enter the tiny, gas-rich country during the World Cup.

But Al-Thawadi admitted it was "tricky" reining in accommodation prices, which are soaring in line with demand.

"(We want to) avoid price-gouging," he said. "Obviously market forces always mean that as long as there's a lot of demand, prices skyrocket.  "We're trying to create an environment where the business community benefits but at the same time, it is affordable and accessible for the fans as well."

Al-Thawadi also played down the prospect of protests in Qatar, following steady criticism of its treatment of foreign labouers and laws against homosexuality. Demonstrations are rare in Qatar.

"Everybody's welcome. But in appreciating where you're coming from, we have a very rich culture. We ask for people to respect our culture," he said.

Infantino also dismissed concerns that fans could be arrested for minor infringements. Drinking alcohol in public is also an offense in the conservative country.

"Of course, people will get arrested if they destroy something, if they start fighting in the streets, and we don't expect this to happen in World Cups normally," he said. 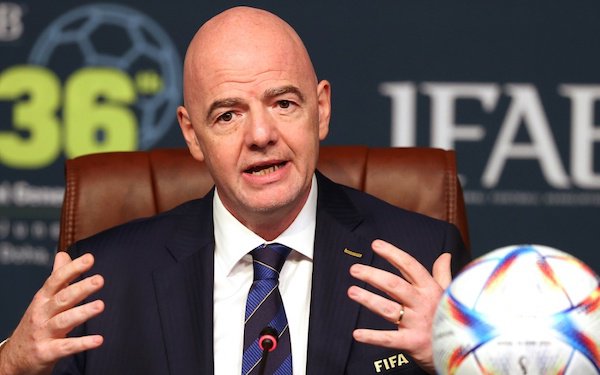 Questions over rights and freedoms in Qatar have mounted as the World Cup nears, drawing an increasingly terse response from officials.

"I hear a lot of people doing some Qatar-bashing and they seem to enjoy that," Sebastien Bazin told AFP, adding: "We will do everything we can so this Qatar-bashing remains unfounded."

He also promised to find jobs after the World Cup for the 13,000 people hired to work with Accor at the tournament.