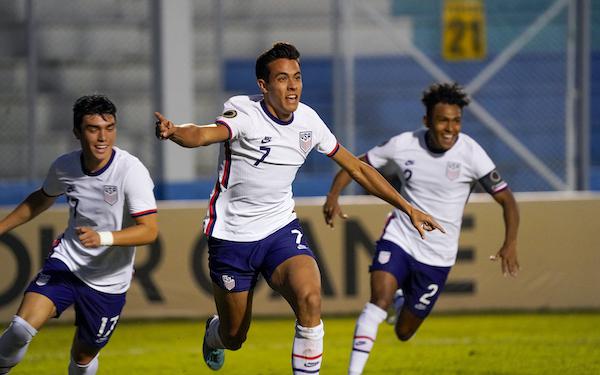 Cuba led the group going into the game thanks to its 1-0 win over Canada, which held the USA to a 2-2 tie.

Whereas the USA squandered many early chances against the Canadians and entered halftime with only a 1-0 edge on Monday, the Americans' start on Wednesday was swift and precise. Sullivan's first strikes provided a 2-0 lead within eight minutes of kickoff.

Only 75 seconds after the opening whistle, Sullivan finished a fine service across the goal area from Caden Clark, who had received a pinpoint pass from Paxten Aaronson after their one-two.

Sullivan's second finish came after a neat end-to-end string of passes. It started with a pass from inside the U.S. penalty area from Brandan Craig to Sullivan, who juked a Cuban deep in the U.S. half and evaded another at the center circle before passing to Clark. He, after a couple deft touches, passed through a Cuban crowd to Alejandro Alvarado, who set the plate for Sullivan.

Aaronson lofted a ball out of the U.S. half for Sullivan to meet in stride and complete his hat trick two minutes before the halftime whistle.

• Up next: The USA faces Nicaragua in the round of 16 on Saturday (8:30 ET, ViX, Concacaf app). Nicaragua is one of the four teams that advanced to the knockout stage through a qualifying tournament in November between Concacaf's lower ranked (17 and below) teams.

• Elsewhere: Canada finished third in Group E by beating St. Kitts & Nevis to advance along with the USA and Cuba.

• The prize. The 2022 Concacaf Under-20 Championship serves as qualifying for both the 2013 Under-20 World Cup (four quarterfinal winners advance) and 2024 Olympics (two semifinal winners go to France).

• By finishing in the top two of its group, the USA avoids facing Mexico earlier than the final.

• By winning its group, the USA avoids the possibility of facing host Honduras before the semifinals. Honduras knocked the USA out of the last two Olympics in the semifinals of Olympic qualifying. 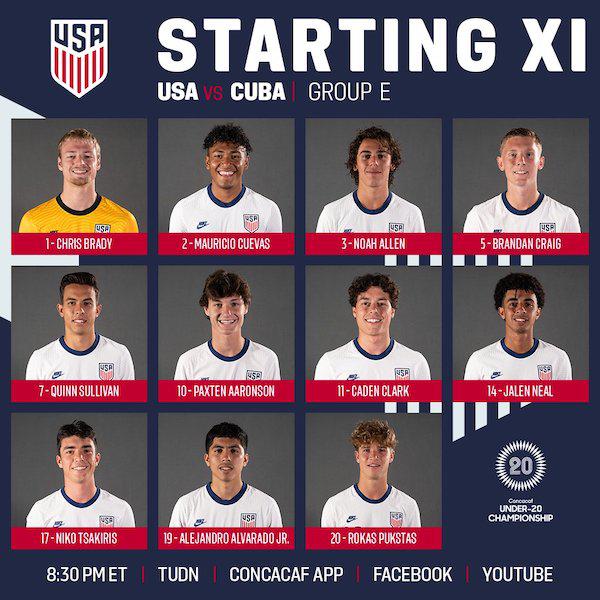