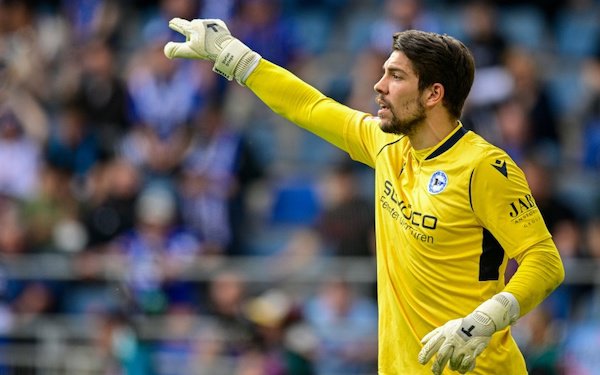 Kicker and Bild say the 29-year-old Ortega will join the Citizens on a free transfer as his Bielefeld contract has expired.

The Guardian reported City and Ortega have a verbal agreement to complete the move if U.S. keeper Zack Steffen, Ederson's backup the last two seasons, leaves for another club.

Steffen, one of four goalkeepers the U.S national team has used in 2022, started only one Premier League game in each of his two seasons with City. He played on loan at German's Fortune Duesseldorf in 2019-20.

Ortega was one of Bielefeld's best players last season, keeping six clean sheets in 33 league games even though the club was relegated after finishing second from bottom in Germany's top flight.

He was on the fringe of the Germany squad for last summer's Euro 2020 finals as fourth-choice goalkeeper on stand-by if Manuel Neuer, Kevin Trapp or Bernd Leno had been injured.