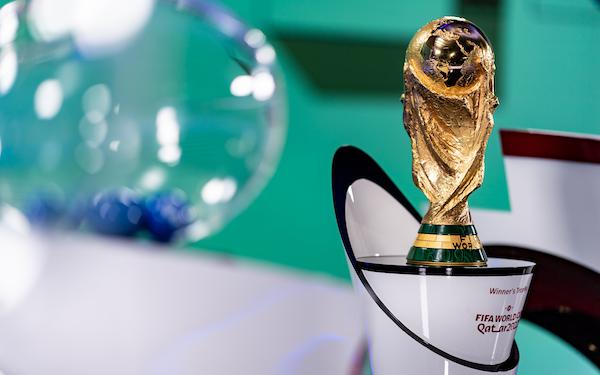 Add expanding the size of the team benches to the long list of projects World Cup 2022 organizers will need to complete to ready the tournament.

FIFA set 26 as the number of people (15 substitutes and 11 team officials, one them the team doctor) who will be allowed to sit on the team bench.

The decision of the Bureau of the FIFA Council, FIFA stated in a release, was "given the need to retain additional flexibility due to the unique timing of the FIFA World Cup 2022 in the global calendar, as well as the broader context of the disruptive effects caused by the COVID-19 pandemic on squads before and during tournaments."

In 2021, UEFA expanded the rosters for the delayed European Championship from 23 to 26 players but teams were allowed to dress only 23 teams. Euro 2022, UEFA's women's championship kicking off next month in England, will have 23-player rosters.

FIFA also confirmed the final day players on World Cup rosters can compete at the club level before they must be released to their national teams is Nov. 13. The tournament starts eight days later with four games, including USA-Wales.