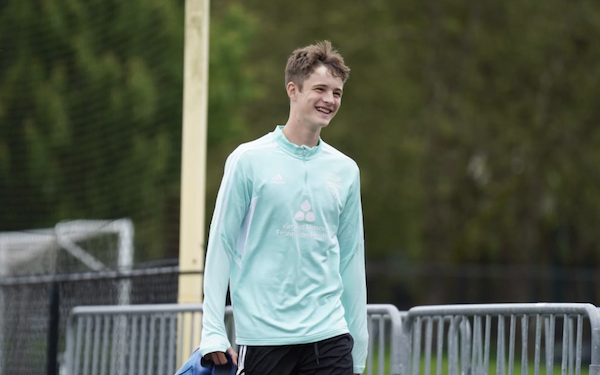 Stuart Hawkins, who's been playing in the Seattle Sounders youth program since age 12, has signed an MLS Next Pro contract with the Tacoma Defiance, the Sounders' reserve team.

The 6-foot-1 defender, who turns 16 in September, was the MVP of the 2022 U-17 Generation Adidas Cup, which the Sounders FC Academy won. He took part in the Sounders' 2022 Palm Springs preseason camp in February and has made one MLS Next Pro appearance, starting in a 2-0 win over Colorado Rapids 2 last month.

Hawkins joined the U.S. U-17 national team for the the UEFA Development Tournament in May and started in a 2-1 win over host Portugal. He also played for the U-17s during its Argentina trip in March.

“I am very excited for Stuart to continue his development with Defiance,” said Tacoma Defiance coach Wade Webber. “While still very young, especially for a central defender, he has demonstrated a varied skill set and eagerness to learn that indicates he can face whatever challenges lie ahead.”

The Defiance is in first place in the MLS Next Pro Western Conference.