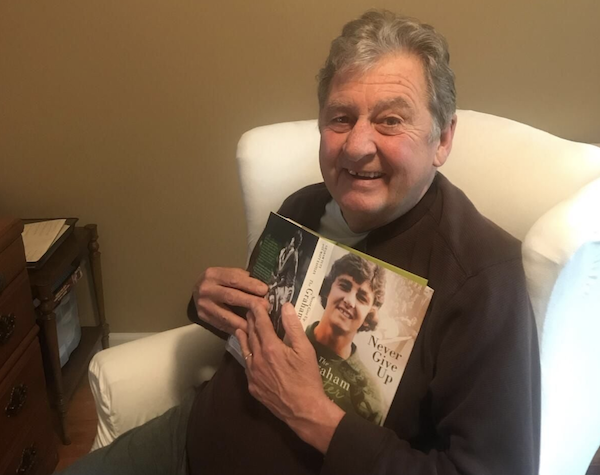 Graham Tutt, who was inducted to the Georgia Soccer Hall of Fame a decade ago, made the state his home after joining the Atlanta Chiefs of the indoor and outdoor NASL in 1980.

Born in London in 1956, Tutt debuted for Charlton Athletic in goal at the age of 17. Decades later, he looked back on his early career and ranked among his highlights a 1-1 League Cup tie with First Division league leaders Queens Park Rangers in 1975:

"Stan Bowles, Gerry Francis, Frank McLintock, Johnny Hollins and company. They were technically excellent. I proved my worth by keeping a clean sheet until the last 12 minutes. A free kick from the edge of the box through a Stan Bowles bender sent us to a replay at The Valley with over 32,000 in attendance."

QPR won the replay at Charlton, 3-0, but Tutt continued to impress for a young goalkeeper. He was about to be called in to England's U-21 team. But in February of 1976, in a BBC broadcast “Match of The Day” against Sunderland, Tutt was kicked in the face and suffered a broken cheekbone, broken nose and serious eye damage. At age 19, and suffering from double-vision, his career looked to be done.

But while vacationing in South Africa, where his brother lived, he tried out for the Pretoria-based Arcadia Shepherds. One of his coaches was former goalkeeper Trevor Gething and they developed a technique for overcoming his double vision. His 1979 "Goalkeeper of the Year" honors earned him spot on a South African All-Star team trip to the USA. He ended joining one of its opponents, the ASL Columbus Magic, before landing with the Atlanta Chiefs.

Tutt, whose wife Liz Potts also coached soccer, in 2011 published his autobiography, "Never Give Up."

Following a long battle after heart surgery, Tutt died on June 22 at the age of 65.