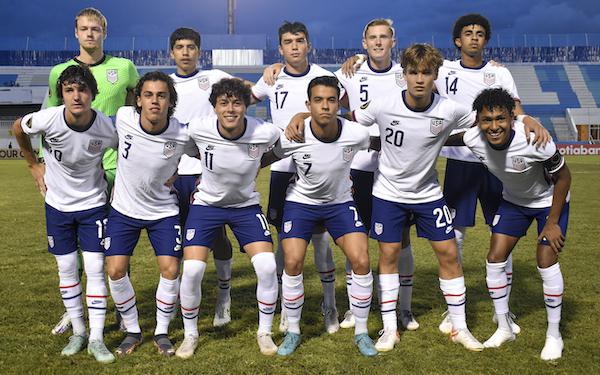 The new Concacaf men's qualifying format for the two oldest youth age groups with world championships — the U-20 World Cup and U-23 Olympics — puts an unprecedented pressure on the U.S. U-20s led by Coach Mikey Varas. Especially because the USA has missed the last three men's Olympic soccer tournaments.

On Wednesday, the USA beat Cuba, 3-0, to win its group at the Concacaf U-20 Championship in Honduras. In the victory over the Cubans — following a 10-0 opening win over St. Kitts & Nevis (population: 53,937) and a 2-2 draw against Canada — Varas' team produced a near perfect first half.

Goals in the 2nd, 8th and 43rd minute — all scored by Philadelphia Union homegrown forward Quinn Sullivan — ensured the USA the most desirable spot available for it in the knockout bracket, which starts on Saturday with a round-of-16 game against Nicaragua.

Varas, named coach in November 2021 in the wake of the pandemic interruption to the youth national team programming, had significantly less time than usual to prepare a U.S. U-20 team for the qualifying tournament. On the plus side for Varas, previously youth coach at FC Dallas, Sacramento and De Anza Force, the number of U.S. teenagers with pro experience has increased with each cycle. 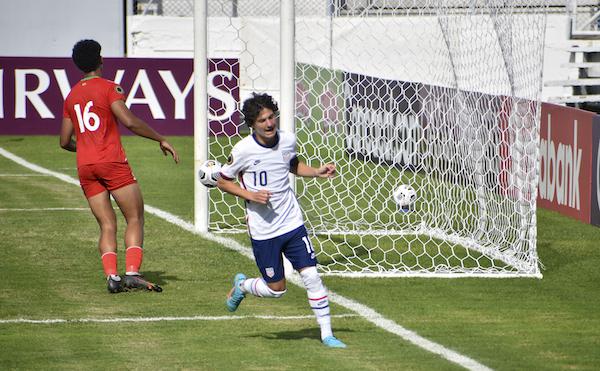 Varas, heading into the knockout stage, likes how the individual talent and teamwork are melding.

"We came in with a mentality that we had a clear game plan," he said after the USA beat the Cubans, "and the boys were dialed in from when they got off the bus. They found a great balance between being disciplined with the game plan, but also finding moments of creativity and freedom to break away from the game plan. I thought the ratio tonight was really, really good."

In its three group games, the USA significantly outshot and out-possessed its three opponents.

Against Canada, the Americans lacked the precision to turn their dominance into a victory. Often, they looked like a talented group not quite in synch. The individual brilliance of Jack McGlynn (an incredibly well taken 23-yard shot) and Cade Cowell (slick pivot to beat defender before crisp shot) prevented an upset the Canadians didn't deserve. 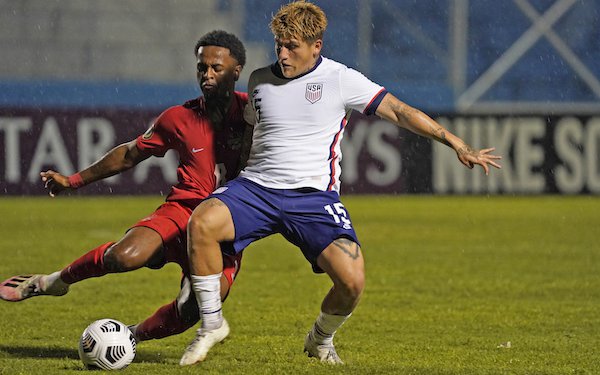 Diego Luna (right) hasn’t quite found his groove but has been a constant threat in the opponents’ half.

Alejandro Alvarado, who set up Sullivan's second goal against Cuba, was asked about the game plan.

Sullivan finished his first goal after prep from Caden Clark and Paxten Aaronson, who assisted on Sullivan's third goal.

“Canada wasn’t our best performance in the final third — from me especially," Sullivan said. “But it was great to turn it around [against Cuba]. We attacked the game plan with our full heart. We did that to a T. We looked to get in behind them. We got behind them a couple times and got the goals away early."

To get through group play -- three games in five days -- and the all-important first three matches in the knockout phase -- three games over seven days -- Vargas heavily rotated his squad. All 19 players in Honduras started at least one game and all but two of them played at least 120 minutes over the three group games.

Unfortunately, the USA's 20th player, 16-year-old Alaskan Obed Vargas, won't be joining the team for the knockout stage. The midfielder has been starting for the Seattle Sounders and was held out of the group stage as part of an agreement between the U-20s and Sounders, but he was diagnosed with a stress fracture in his back this week after complaining of pain after Saturday's MLS match against LAFC. He had previously dealt with back pain, but it subsided with rest.

Those last two stages may require a continuation of the improvement Varas' team displayed between Canada and Cuba.