Vlatko Andonovski: 'We do want to get in people's faces' 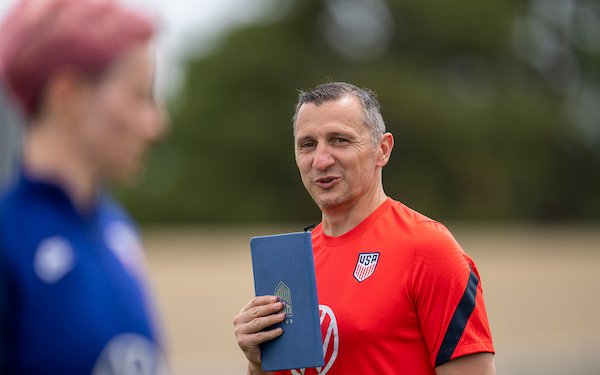 For a bunch of reasons, the USA hasn't hosted a lot of quality opponents recently.

In the last 16 months, the highest-ranked teams that have traveled to the United States to face the reigning world champions were 17th-ranked Iceland and 18th-ranked South Korea.

Colombia is ranked only 28th in the world. but it will serve as the perfect sparring partner for the USA when they play a two-game series that begins Saturday night in Commerce City, Colorado.

What They're Saying: Megan Rapinoe on playing in Utah

The USA is preparing for the Concacaf W Championship, which begins July 4 in Monterrey, Mexico, while Colombia is preparing for South America's Copa America Femenina in July. Both tournaments serve as qualifying for the 2023 World Cup and 2024 Olympics.

The USA will face at least one Latin American team, host Mexico in group play, and could face another, Costa Rica or Panama, in the semifinals.

Both USA-Colombia matches will be played at altitude -- Commerce City (5,160 feet above sea level) and Sandy, Utah (4,450 feet) -- but U.S. coach Vlatko Andonovski said the purpose wasn't to gain an advantage against Colombia.

"We came here to prepare for the Concacaf games," he said. "Everything that we do here, whether it is training, games, we see as a preparation for the tournament."

The USA will be without two of its most important young players, Tierna Davidson and Catarina Macario, both out with ACL knee injuries, and the majority of starters on the 2019 Women's World Cup championship team are unavailable due to injuries or maternity leave, but it has Alex Morgan back for the first time in eight months.

Morgan is having the best season of her 12 years as a pro -- Andonovski said she is scoring goals for the fun -- with a career-high 11 goals in only 10 games for NWSL expansion team San Diego.

"Alex has always been good," he said. "As a professional athlete, it's not easy to be in the best form for 10 years. Sometimes, it's because of the environment, sometimes because of players around you, sometimes it's just simple motivation. It's hard to motivate yourself or to commit to this game for 10 years every day, every day of your life, every hour, every minute that you spend on the field. And I feel like this time there is something else that motivated Alex to show what she can do. And she is enjoying the moment and as any other forward, when they feel it, they take full advantage of it."

Morgan's form has perhaps overshadowed how well two other young forwards, Mallory Pugh and Sophia Smith, have played for their NWSL teams to cement starting jobs as the other two forwards in the U.S. attack. 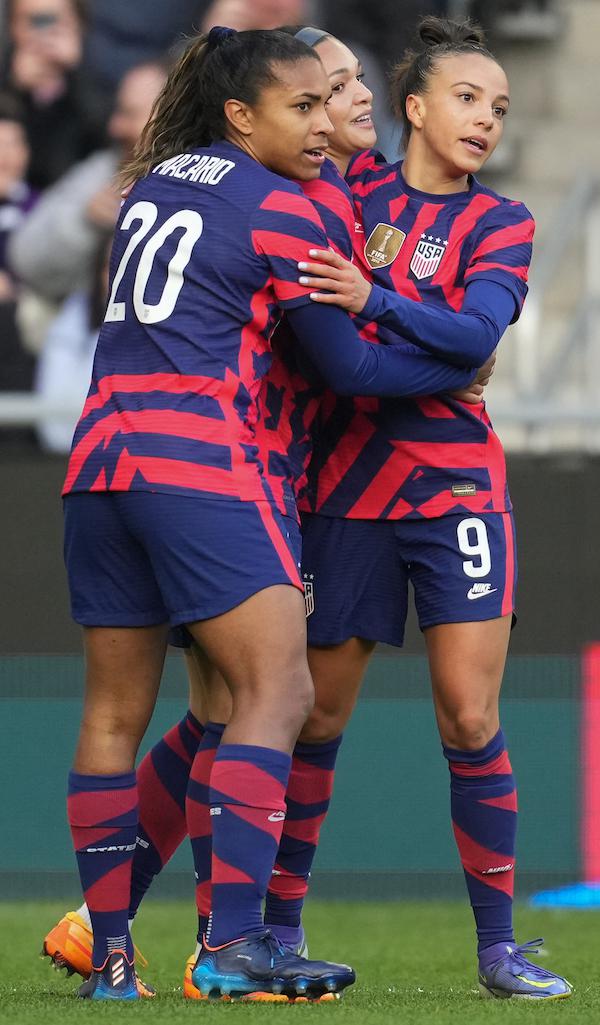 Andonovski's first two years as national team coach were spent responding to the Covid-19 interruptions and working with an aging frontline, but he has his team back trying to do what it does best, which is overwhelm the opposition.

"We want to minimize the opponent's time on the ball," he said when asked about his defensive philosophy. "So with that being said, the term that we use is we attack without a ball. We don't defend for our lives. We don't defend our goal, we attack. And that's the mentality that we have. We do want to get in people's faces."

He said the mindset of his players is nothing new.

college women, women's national team
13 comments about "Vlatko Andonovski: 'We do want to get in people's faces'".
Read more comments >
Next story loading