The USA beat host France, 3-1, in its opening game at the Sud Ladies Cup for under-20 women's national teams in Aubagne. The tournament is the women's version of the Tournoi Maurice Revello (Toulon Tournament).

Scoring: Trinity Byars (University of Texas) broke a 1-1 tie in the second half with goals in the 52nd minute, two minutes after the Bleuettes equalized, and 90th minute. The second goal was set up by great work from captain Michelle Cooper (Duke). Simone Jackson (USC) opened the scoring in the 6th minute. 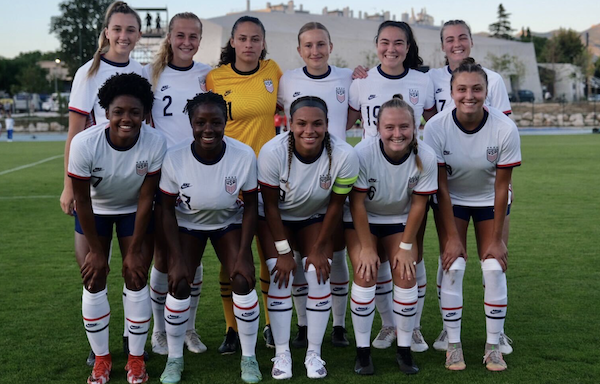