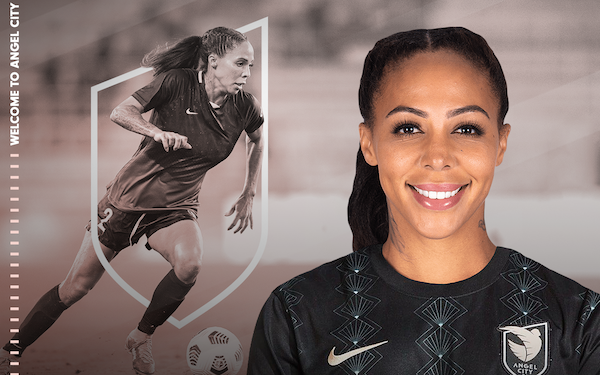 Sydney Leroux is the latest U.S. world champion to move to one of the NWSL's two California-based expansion teams.

After five seasons with the Orlando Pride, Leroux was traded to ACFC for the expansion team’s natural first-round draft pick in 2024, $75,000 in allocation money, plus the potential for an additional $10,000 allocation money in 2022 and another $10,000 in 2023 if she meets certain performance-based criteria.

Leroux, a member of the 2015 U.S. Women's World Cup championship team, has played in the NWSL since its launch in 2013. She started out at five different clubs in her first five seasons before finally settling in at Orlando, where she was the leading goalscorer in both 2018 and 2021.

Orlando is in 11th place out of 12 teams this season and struggling in the aftermath of the decision to place head coach Amanda Cromwell and assistant coach Sam Greene on administrative leave during an investigation into allegations of retaliation. The Pride lost 5-0 at Houston immediately prior to the suspensions and lost 1-0 at Chicago and 6-0 at Portland since then.

Leroux, 32, grew up in British Columbia -- she started out her international career playing for Canada at the youth level -- and attended UCLA.

“I am so excited to be a part of Angel City and everything being built with this club,” said Leroux in a statement. “The atmosphere I felt playing at the Banc [of California Stadium] on Mother's Day was unbelievable. It really feels like I'm coming home, between going to UCLA and living in LA. Angel City is truly putting women's soccer on the map in Los Angeles and it shows if you invest in women, great things will happen."

Fellow world champion Christen Press is sidelined with a knee injury picked up in an ACFC game, while Julie Ertz, another teammate on the 2015 U.S. World Cup team, was acquired by ACFC in a trade with Chicago but not playing in 2022 because she is expecting twins. The San Diego Wave's roster includes Alex Morgan, the NWSL's leading scorer, and Abby Dahlkemper.
nwsl
Next story loading