Ronaldo and Neymar - who in their right mind wants them? 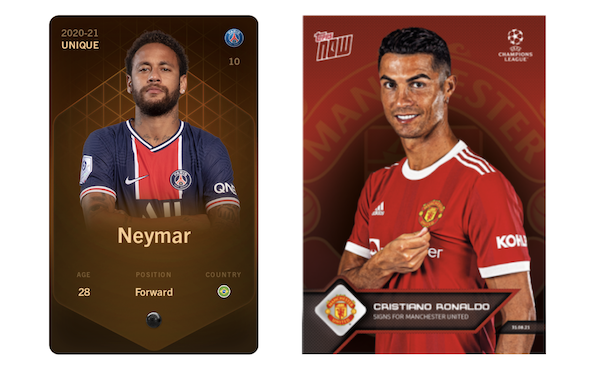 Over here in Europe it's been two weeks since the June drag of unwanted Nations League games ended and ushered in a rare but welcome offseason. But while the late start to the forthcoming Women's European Championships in England (July 6-31) has meant a gap in the soccer calendar, the rolling media and the permanently tuned-in public now demand constant coverage. The action-starved fans are gorging instead on juicy transfer rumors.

Meanwhile, the winter scheduling of the 2022 World Cup in a tiny desert state where political dissent is crushed, homosexuality is illegal and, until recently, Israeli citizens weren't allowed to enter at all (remember, soccer unites the world!), means that the preseason has already started in order to fit in with what FIFA's beleaguered President Gianni Infantino has inevitably claimed will be the best World Cup ever. They just keep getting better, don't they? Can't wait for 2042, with 128 exiled countries playing on the last five Table Top mountains to survive the fires, the floods and the super hurricanes.

That pleasure lies ahead of us, unlike this summer's multi-million whisperings. Cristiano Ronaldo may be moving to Bayern Munich, unhappy at the prospect of playing on Thursday nights in the Europa League with the champions of negative equity, Manchester United. Bayern Munich has said they know nothing about such a transfer, still having the cold, dead soul of Robert Lewandowski on its hands until Barcelona ups its offer. Only a cynic would suggest that Ronaldo's agent put the Bayern rumor out there to get the accountants jumping out of their swivel chairs. But the player and the club would be the perfect fit — a monstrous, all-consuming ego moving to a monstrous, all-consuming entity, neither of whom care much about the world beyond their immediate needs and greed.

Meanwhile, Paris St. Germain is keen to offload the stratosphere-based Neymar, and not just because his wages come in at $42 million a year (no problem for the club's owners, the quite wealthy state of ... Qatar). PSG has finally worked out that the player's Neymar-centric attitude has been a block on its quite pathetic need to lift one, please just one, Champions League trophy. It's only fair, really, after the small and lonely Gulf State has funneled in so much cash. Manchester City alone can pull on our heart-strings with more urgency still, as its owner — the state of Abu Dhabi  — has likewise shoveled in billions of Euros to land itself the continental Big Pot, only to see itself thwarted by the game's pesky rules deeming that the team who scores the most goals wins. So unfair!

City mainlined Norwegian goal-monster Erling Haaland from Dortmund for a sum said to be in the region of $75 million. Haaland is only 21 and still keen (though injury-prone). Neymar is 30 and last season was often absent from the Paris starting lineup due to injuries and suspensions. His contract in the French capital runs until 2027, so he's in no hurry to move. His employers are reportedly so eager to get him off their hands, though, that they've indicated a willingness to subsidize his salary. Supposing that amounts to even half of his wages, which club in its right mind would pay $21 million annually to a player who no longer seems to care? Presumably only one as insane as PSG, now prepared to channel Neymar a fortune just to stay away.

Now comes the reminder that two years ago most leagues had been suspended due to the corona pandemic, and many clubs were crying that they could only survive a matter of months thanks to short term financial models that were top heavy on player wages. Many mid-level teams in Europe's leading divisions have learned from that scare, and are gradually developing wage and transfer policies to ensure a better chance of surviving any future suspensions in play. Their goal is not to win the Champions League, but to secure their very existence.

In the German Bundesliga, for example, atrociously over-spending teams like Hamburg and Schalke 04 — previously European perennials — have in recent years suffered relegation to the second tier, while smaller clubs like Union Berlin and SC Freiburg have been held up as the canny archetypes in the new, more insecure sporting landscape. These teams not only buy cheap and sell high, they piece together rosters with low egos and a collective work ethic rooted in the club's identification with its fan base. Watching with envy, Schalke and Hamburg have come to realize the importance of a community-based steady hand over spaffing millions on mediocrity.

Hertha Berlin, which escaped relegation last month by a whisker in a play-off with Hamburg, have also blown millions on signing poor players after investor Lars Windhorst made large sums available without asking enough questions about where that cash was thrown. This week, Hertha's members elected former ultra Kay Bernstein as its new president — a true supporter, voted in by the fans. Bernstein declared his club to be "lying in the ICU. We can now heal it from within and make it healthy again. Everyone can and must help to win back our blue-and-white soul."

Of course, none of these teams will be in the market for Neymar, Ronaldo or Lewandowski. The question remains — who will? Perhaps these guys, like Gareth Bale and Lorenzo Insigne, are ready for a final, cash-bloated stroll around Major League Soccer. It's not a trend I'd encourage but, frankly, you're welcome to take them. I just hope they don't bust what was once a responsible model aimed at the long term survival of the league and its carefully run teams. Publicity-driven signings to boost quick shirt sales should now belong to soccer history.

Ian Plenderleith's next book 'Reffing Hell: Stuck in the Middle of a Game Gone Wrong' will be published in August, and is available to pre-order direct from Halcyon Publishing in the UK.

10 comments about "Ronaldo and Neymar - who in their right mind wants them?".
Read more comments >
Next story loading