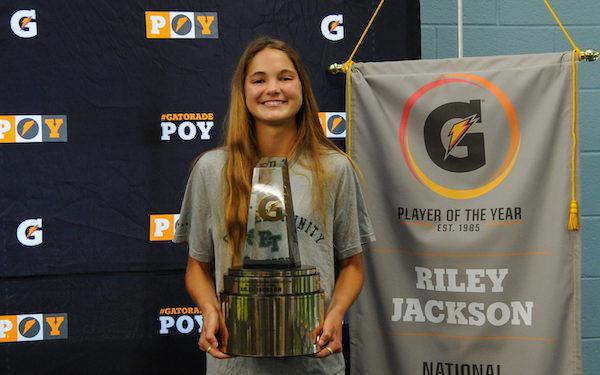 Riley Jackson  has been starring for Blessed Trinity Catholic High School in Roswell, Georgia, ECNL club Concorde Fire, and the U.S. U-17 national team, which she captained to the 2022 Concacaf U-17 Championship title and earned MVP honors.

Riley, while with family, coaches and teammates, learned of the honor via a virtual presentation from U.S. women's national team star and 2015 Gatorade Player of the Year Mallory Pugh.