USA faces Honduras (again) with an Olympic berth at stake: 'We get the chance to make history' 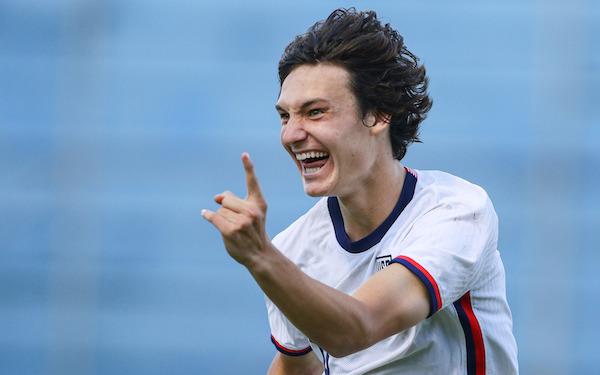 The USA will get a chance to end its long nightmare in Olympic men's soccer qualification when it faces Honduras in the semifinals of the Concacaf Under-20 Men's Championship at the Estadio Morazan in San Pedro Sula.

Berths in the 2024 Olympic men's soccer competition will be on the line in Friday's two semifinals: Dominican Republic vs. Guatemala and Honduras vs. USA.

The USA has not only failed to qualify in men's soccer for the last three Olympics, but it crashed spectacularly.

-- In 2012, it blew three leads against El Salvador, exiting in the group stage when La Selecta pulled even 3-3 at the end of stoppage time. A low, hopeful shot by Jaime Alas bounced off the hands of goalkeeper Sean Johnson and into the goal.

-- In 2016, it had two chances to punch its ticket to Rio Olympics. It lost in the Concacaf semifinals at home to Honduras, 2-0, and appeared to be in good shape in a playoff against Colombia after tying 1-1 in away leg. But it lost at home, 2-1, after having two players red carded.

-- Fifteen months ago, the Concacaf under-23 tournament, delayed a year due to Covid, was held in Guadalajara, Mexico, where Honduras again beat the USA in the semifinals, winning, 2-1. The second goal was scored at the start of the second half when U.S. keeper David Ochoa's attempted pass hit off Honduran Luis Palma, Ochoa's former teammate on the Real Monarchs, and went into the empty net.

The Ticos had a chance to cut the deficit to 2-1 early in the second half but star Brandon Aguilera skied his penalty kick over the goal. (Aguilera wasn't alone -- the four quarterfinal matches featured 13 penalty kicks, four during regulation and nine in the Guatemala-Mexico shootout, and nine were missed!)

The Costa Rica match has proved costly, though. Following a brief brawl after the match, the Concacaf disciplinary committee handed nine Costa Rican players suspensions ranging from three to six games, but U.S. forward Cade Cowell also received a three-game suspension for "violent and unsportsmanlike conduct," which will keep him out of the rest of the tournament.

Cowell entered the tournament as the most experienced U.S. player with more than 3,000 minutes in three MLS seasons with the San Jose Earthquakes, but he did not start against Costa Rica.

The star of Tuesday's win over Costa Rica was Paxten Aaronson, who scored both goals, on passes from the U.S. frontline's two other players, Quinn Sullivan, his Philadelphia Union teammate, and Caden Clark.

The USA came into the Concacaf championship without many of its best age-eligible players, including Ricardo Pepi, who scored three goals in World Cup 2022 qualifying. Without a true No. 9, Aaronson has stepped into the role of the USA's center forward.

"I've embraced it," he said after Tuesday's win. "I've actually really enjoyed playing the 9. It's a little different to what I've been used to playing, but it's similar in ways I like, always getting in the box. I like making runs in behind using my speed and I like just getting the ball in dangerous areas and I think that's where I thrive."

Aaronson said the second goal showed off everything Coach Mikey Varas has been emphasizing in terms of teamwork.

Varas said his team is well aware of the USA's recent history in Olympic men's qualifying.

"We knew from Day 1 the responsibility and honor that we had to play a double qualification-type tournament," he said. "We were laser-focused on the first step with the World Cup qualification."

There was no time, however, to celebrate the USA's 12th qualification for the last 13 U-20 World Cups.

"We're going to stay even-keeled," Varas added, "because we have the potential to help the country in an even bigger way." 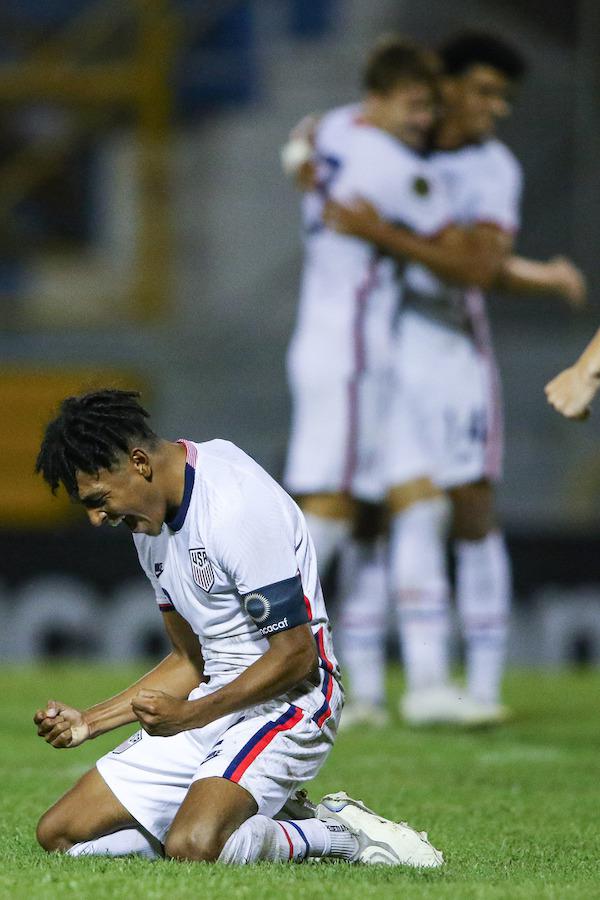 Honduras will have the support of what is expected to be a sellout at the 18,000-seat Estadio Morazan for Friday's doubleheader in San Pedro Sula. The stadium's nickname says it all about what kind of atmosphere to expect: La Bombonerita ("the little candy box").

The match is a toss-up.

The U.S. attack (22 goals in five games) is much stronger than that of the team that failed to qualify for the Tokyo Olympics. But goalkeeper Chris Brady was very shaky with the ball at his feet against Costa Rica and lucky to not have catastrophe strike, like it befell Ochoa (now in the Mexican national team program) 15 months ago.

Panama was the better team against Honduras, but Los Catrachos were bailed out by two penalty kicks -- and lucky on the first one when Marco Aceituno scored on a rebound after Jeyson Contreras' penalty kick was saved.

Aaronson was only 4 years old, too young to remember the last time the USA played in men's soccer at the Olympics, but he knows all about its significance.

"The Olympics is such a big deal," he said. "We know that we get the chance to make history. In three qualification stages, we haven't qualified, so the team knows how big it is, and the team I know will be up for it."

olympics, youth
4 comments about "USA faces Honduras (again) with an Olympic berth at stake: 'We get the chance to make history'".
Read more comments >
Next story loading