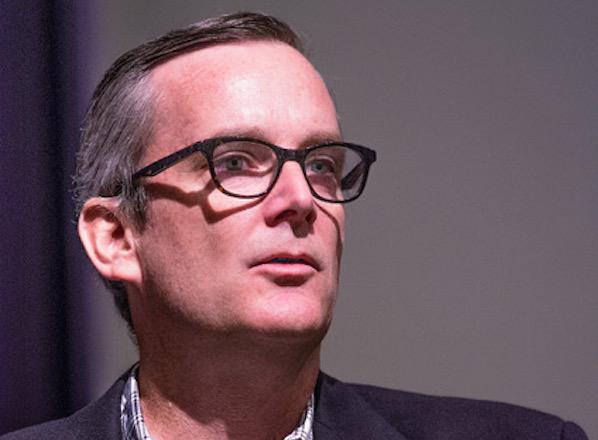 Residents of other states (and countries) might differ – just as they argue over who is, say, the greatest soccer player ever.

But it’s hard to argue about New Jersey’s key role in American soccer history. From the earliest factory-based teams to the glory days of players like Tab Ramos, Tony Meola and John Harkes, to current young stars such as Brenden and Paxten Aaronson, the Garden State has punched far above its weight.

It’s hard to argue too about McCabe’s role as the greatest chronicler of New Jersey soccer in world history. He wrote and produced one documentary on “Soccertown, USA” (Kearny, if you have to ask), and another on legendary coach Manny Schellscheidt. His book “Miracle on High Street” chronicles the history of St. Benedict’s Prep School in Newark, a high school powerhouse (and where McCabe served as an administrator, teacher and coach for 15 years).

And how about this: The Princeton (N.J.) University graduate is an adjunct professor of history at Rutgers University-Newark, where he teaches courses on Newark, the United States – and soccer.

In a country that thinks soccer began with the arrival of Pele in 1975 (and surged with the biggest crowds of his Cosmos career two years later, across the Hudson River in New Jersey’s Meadowlands), McCabe researches and writes about the game a century earlier. These days, the Society for American Soccer History member is completing a manuscript on the long-forgotten American Football Association. Founded in 1884 as only the second national soccer organization outside of Britain (Canada was first), it ran a competition for the Tiffany-designed Challenge Cup that for 40 years drew teams from soccer hotbeds like Philadelphia and Fall River, Massachusetts.

Sandwiched between them is New Jersey. That’s where Scottish immigrants played the game, and where they established the Thistle United Soccer Club that produced stars like Ramos, Meola and Harkes.

McCabe tells their remarkable story in “Soccertown, USA.” He wrote and produced it with his former Princeton classmate Kirk Rudell, whose Hollywood credits include “American Dad!” and “Will & Grace.”

McCabe – a college history major, who then earned a Ph.D. in history from Rutgers – found never-before-seen photos and home videos for the project. It was harder than he imagined: Ramos, Meola and Harkes had been interviewed so often, and lent out memorabilia that was never returned, that there was little left in their own homes.

The documentary moves from Kearny to the 1990 and ’94 World Cups, when the three Jersey players formed the backbone of very successful U.S. squads. The film won the Audience Award at the Kicking + Screening Soccer Film Festival. Covid canceled plans for other festivals, so the producers made a free educational cut for YouTube. It’s available here: 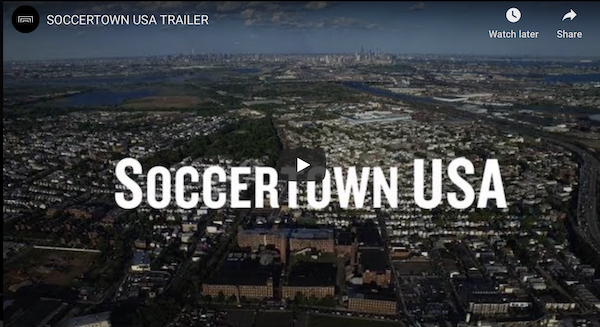 McCabe’s second film is as New Jersey-centric – and historically minded – as his first. “Voice of the Game” tells the story of Schellscheidt, the German-American former professional player and coach (pro, U.S. national team, and Seton Hall University).

McCabe calls him “one of the least known but most important coaches in American soccer history.” He coached, or coached with, men like Bob Bradley, Bruce Arena, Jesse Marsch and Gregg Berhalter. He is “literally, the first-ever A-licensed coach by the U.S. Soccer Federation.” 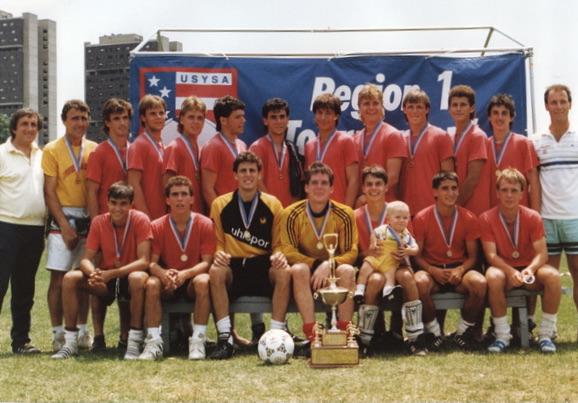 McCabe and Rudell knew him as teenagers. “We were all Manny disciples,” says McCabe, a member of the Schellscheidt-coached Union Lancers who won the U.S. Youth Soccer U-19 McGuire Cup national title in both 1987 and ’88. “Voice of the Game” is called a “master class,” with his soccer philosophy distilled from hours of interviews with him and his “disciples.” The trailer: 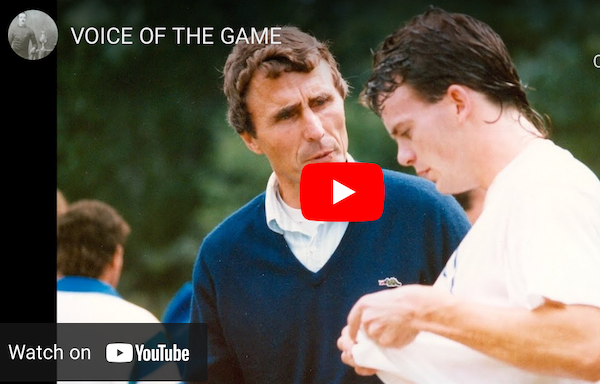 McCabe knows a bit about master classes. His college course on soccer is “a perfectly legitimate line of intelligent inquiry,” he notes. “It’s the world’s most popular game. We cover it all, from its origins to globalization and the influence of money.” Students examine topics like culture, class, gender, race and nationalism.

He’s at the perfect institution for such a course, McCabe notes. “Rutgers-Newark is one of the most diverse campuses in the world.”

That description is not surprising, coming from a man whose T-shirt proclaims his state to be the greatest country in the world. So what is the state of New Jersey these days, soccer-wise?

“Historically, it’s had a disproportionate impact on American soccer, for so long,” McCabe says. “It still has a lot of punching power. But there are so many other soccer towns out there now. Together, that makes us a stronger soccer nation.

“I was fortunate, and lucky, to grow up here. And I’m proud of New Jersey’s history and power in the game.”