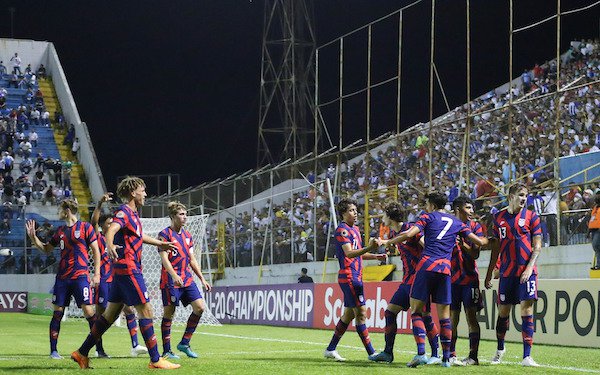 After an absence of 16 years, the USA will play in the men's soccer competition at the 2024 Paris Olympics.

Mikey Varas' U-20s did not just beat host Honduras, they ran the Catrachos off the field in the first half, scoring three goals that held up for a 3-0 win before a packed house at San Pedro Sula's Estadio Morazan.

They did at the Concacaf Under-20 Men's Championship Friday night what U.S. teams couldn't do at Concacaf U-23 tournaments in 2012, 2015 and 2021. They booked tickets to the Olympics.

How many of the U-20s will be on the plane to Paris in two years remains to be seen. They will have the Under-20 World Cup next year in Indonesia to further their case to be included in the squad of 15 under-23 players and three wild-card players for the men's soccer competition. But competition will be fierce. The players on the Olympic team will include players born in 2001 and 2002 who did not get a chance to play in an Under-20 World Cup because of the Covid-19 pandemic and players born in 2003 or later whom Varas picked from.

Already 15 Olympic-eligible players have played for the senior national team, among them at least three players who have a chance to start at the World Cup in Qatar later this year: Yunus Musah, Gio Reyna and Ricardo Pepi.

"We talked with the boys and told them they can do something selfless for our country,"  said Varas in his post-game Concacaf interview. "The Olympics will actually be for an older age group and possibly these guys won't be part of that.  We wanted to make sure we changed history." 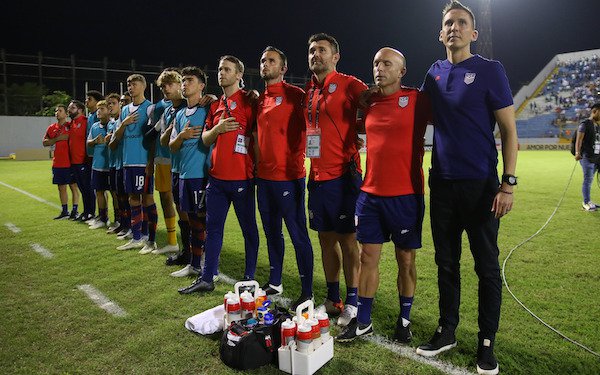 Concacaf did the USA a big favor in changing the format of Olympic qualifying to make its U-20 championship a double qualification tournament.

The USA's nightmare at the U-23 level has overshadowed its increasing regional dominance at the U-20 level. It has won the last two Concacaf under-20 men's championships, in 2017 and 2018, and will be heavily favored when it faces the Dominican Republic in Sunday's Concacaf U-20 final in San Pedro Sula.

It's no coincidence, given the increasing resources that MLS clubs have been putting into their academy programs. The USA traveled to Honduras without Real Madrid target Gaga Slonina (Chicago Fire) and three players who made their debuts in big 5 European leagues in 2022 — Justin Che (Hoffenheim), Luca Koleosho (Espanyol), Kevin Paredes (Wolfsburg) — but there was plenty of other talent still available. 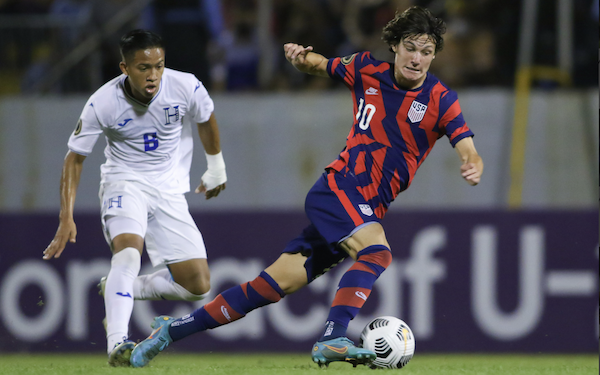 Every U.S. starter against Honduras grew up in an MLS academy program except Caden Clark, who joined the New York Red Bulls organization from the Barcelona Residency Academy in Arizona when he was 16. Guatemala is going to the U-20 World Cup for the second time in 25 attempts. The Dominican Republic is going to its first ever FIFA world championship at any level. The best players on both teams are products of the academies of MLS teams that did not exist in 2018, the last time Concacaf held U-20 qualifying: Guatemala's Quimi Ordonez (FC Cincinnati) and DR's Edison Azcona (Inter Miami). Mexico's best player in its quarterfinal loss to Guatemala was another American attacker: Johnny Perez (LA Galaxy).

The first half against Honduras was as good a performance the U.S. U-20s have put on in a game that mattered as I've ever seen, and I've been following the U-20s since 1980 when I watched them beat El Salvador, 2-0, at Princeton University.

Varas' boys overwhelmed the host Catrachos, who never recovered from Paxten Aaronson's opening goal in the 3rd minute when he was wide open in front of the goal to put away Philadelphia Union teammate Brandan Craig's free kick.

Alejandro Alvarado (excellent once again in midfield) and Quinn Sullivan (tied for the tournament lead with six goals) took advantage of mistakes by goalkeeper Juergen García to add second and third goals in the first half, but the lead was richly deserved.

The third goal followed a string of 33 U.S. passes that ended with a failed dribble and errant Honduran clearance, 14 more passes that ended with a U.S. throw-in, and eight more passes before captain Daniel Edelman's 25-yard through ball to Clark, his New York Red Bulls teammate who rounded Garcia and redirected the ball toward the goal, where Sullivan was waiting on the doorstep.