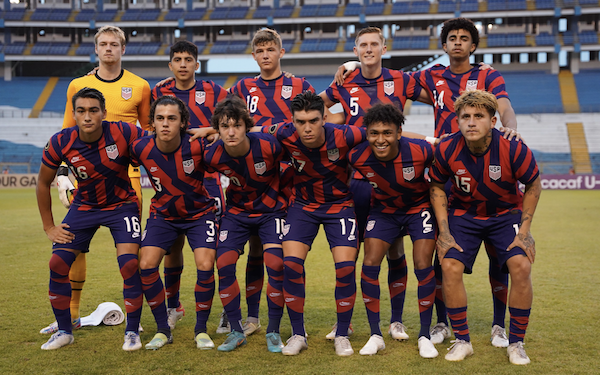 With berths in the 2023 Under-20 World Cup and 2024 Olympics already secured, the USA achieved its third goal at the Concacaf U-20 Men's Championship, winning the final for its third straight title.

The USA did not just beat the Dominican Republic, it crushed the tournament surprise with a 6-0 victory. Coach Mike Varas rotated his lineup, making six changes from the team that beat host Honduras, 3-0, to clinch a berth in the men's soccer competition at the Paris Olympics.

Scoring: In his first start of the tournament, late addition Jackson Hopkins put the USA on its way, setting up Tyler Wolff for the first goal with a perfectly placed cross.

The USA put the game away quickly with two goals in three minutes late in the first half to make it 3-0 at halftime and three more in nine minutes early in the second half.