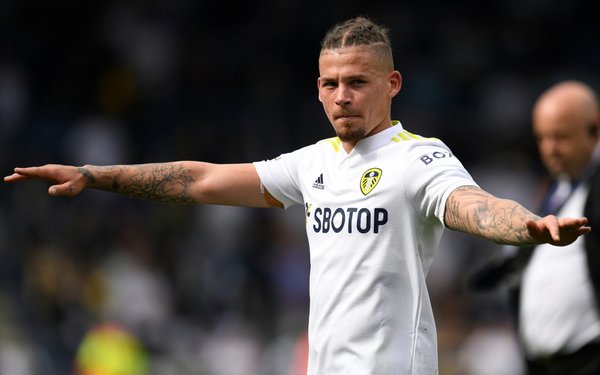 City agreed an initial fee of $53 million for Phillips, with a further $4 million to be added in potential bonuses.

Phillips, who has signed a six-year contract with Pep Guardiola's team, said: "I am absolutely delighted to have joined Manchester City."

Guardiola has picked Phillips to bolster his midfield after the departure of long-serving Brazilian Fernandinho at the end of last season. City negotiated a deal in principle to sign Phillips in June and the transfer has now been officially completed.

Phillips, who came through the youth ranks at Leeds, moves to the Etihad Stadium after making 235 appearances for his hometown club over the past eight seasons.

"City have again proved to be the best team in the country with an amazing squad and a manager in Pep Guardiola who is rightly considered to be the finest in the world," Phillips said. "To be able to play under Pep and learn from him and his coaching staff as well as be part of such a fantastic squad is a prospect that I am incredibly excited about. City is a world-class club with world-class staff and facilities and it's a dream come true to have joined the club."

The 26-year-old came through the youth ranks at Leeds and played a key part in their promotion back to the Premier League two years ago. He went on to establish himself as an England international, featuring in the run to the European Championship final last year.

Following the blockbuster swoop for Haaland, City has signalled its determination to retain the Premier League title with the Phillips deal. Phillips' arrival came on the day City sold Brazil striker Gabriel Jesus to Arsenal, with City forward Raheem Sterling also linked with a move to Chelsea.

"We are absolutely delighted to be able to welcome Kalvin to Manchester City," City director of football Txiki Begiristain said. "He is a player that we have long admired, and at both domestic and international level, he has proved his fantastic ability and quality over the past few seasons. We feel he will be a superb addition to our squad and that he will complement our game perfectly."

Phillips was quick to acknowledge the role of former Leeds boss Marcelo Bielsa in his development from an underused member of the Elland Road squad into an England regular.

"I cannot mention Leeds without mentioning one special person -- Marcelo. The best manager I have ever come across. He was a man that gave the club life," Phillips said.
To his fellow Leeds supporters, Phillips said: "I hope you guys understand my decision and will accept that I only want to chase my dreams and test myself against and with the best teams and best players on the planet."