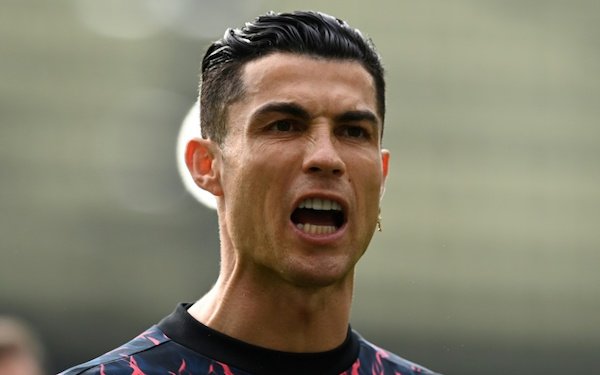 Cristiano Ronaldo's shock demand to leave Manchester United has thrown Erik ten Hag's plans into disarray as he scrambles to contain the fall-out from the Portugal star's power play.

Just one year after returning to United in a blockbuster move from Juventus, Ronaldo has already grown so disenchanted that he is trying to force his way out of Old Trafford.

The 37-year-old is reported to have told United he wants to be sold, with his agent Jorge Mendes said to have held talks with Bayern Munich, Chelsea and Napoli as he seeks a club capable of satisfying Ronaldo's ambitions.

Ronaldo's frustration mounted throughout a turbulent campaign that saw United go through three managers as they finished a disappointing sixth in the Premier League. Although he was United's top scorer with 24 goals in all competitions, his team ended the season trophy-less and failed to qualify for the Champions League.

The prospect of playing in the Europa League is hardly appealing to a five-time Ballon d'Or winner who has lifted the Champions League trophy five times.

Ronaldo has one year remaining on his contract and United insists the former Real Madrid forward is not for sale. Ten Hag had expressed excitement at the prospect of working Ronaldo, but might have to plan a future without his most decorated player.

If Ten Hag had hoped to persuade Ronaldo to drop his transfer demand, the former Ajax boss won't have been encouraged by the star's absence when the rest of United's internationals arrived for the start of their pre-season training programme on Monday.

United is due to fly to Thailand on Friday for its tour of Asia and Australia. If Ronaldo misses the trip, it would seem almost certain his second spell at United is destined for an abrupt end.

Chelsea's new co-owner Todd Boehly is believed to be intrigued by the idea of starting a new era at Stamford Bridge with the marquee signing of Ronaldo. It remains to be seen whether Chelsea boss Thomas Tuchel would be quite so amenable to the move after Ronaldo's checkered first season back in Manchester.

While Ronaldo's quality as a finisher remains unmatched, he rarely showed signs of wanting to engage with the high-tempo pressing game that interim boss Ralf Rangnick hoped to deploy.  Ronaldo's lack of mobility and dubious work ethic reportedly convinced Rangnick to tell United football director John Murtough to sell him during the January transfer window. That request was not granted, and Ronaldo remained a gloomy presence around the club for the rest of the season.

He publicly clashed with Rangnick after being substituted during a match at Brentford, while there were reports of issues between the star and United captain Harry Maguire.
Ten Hag will surely be aware that life with Ronaldo rarely runs smoothly and may even be pondering whether he would be better off without the distractions that surround the star.

Manchester City and Liverpool are lightyears ahead of United at present and for Ten Hag to turn United into a contender for a first English title since 2013, he needs to cleanse a squad that turned toxic last season.

The divisive Paul Pogba's departure was a step in the right direction and Ten Hag is hopeful of putting his stamp on the squad with several signings in the coming days. Denmark midfielder Christian Eriksen is said to have agreed a three-year contract, with Feyenoord left-back Tyrell Malacia close to signing. Ten Hag is also chasing Barcelona midfielder Frenkie De Jong and Ajax defender Lisandro Martinez.

Those deals would be encouraging but, more importantly, Ten Hag must resolve the Ronaldo dilemma without letting a volatile situation spiral out of control.