Think you know the rules of soccer? Try this quiz. (Part I) 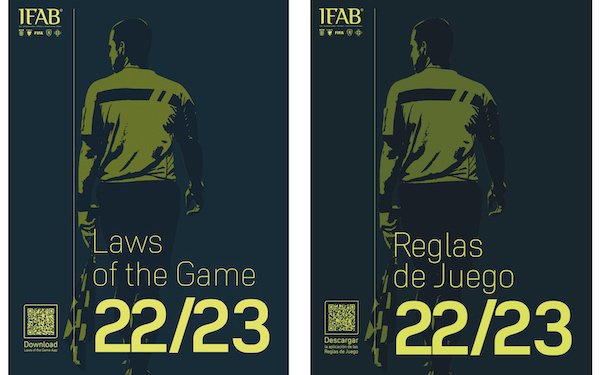 Do you know the rules of soccer? Really?

Why not test yourself with this multiple-choice quiz? Given what we referees hear from the sideline, you’ll all pass easily.

One bit of good news: After several years of major changes, IFAB did very little this year that would affect what you need to know. The only changes listed are five “clarifications” and the permanent adoption of the five-substitute rule at higher levels, which doesn’t affect the free-wheeling substitution patterns in youth soccer and isn’t going to create any controversial judgment calls in the pros.

1. Complete this sentence from the introduction to the Laws of the Game: “The Laws cannot deal with every possible situation, so where there is no direct provision in the Laws, The IFAB expects the referee to make a decision ...”

2. Which of the following is something that the rulebook specifically says a national federation can modify for youth, veterans, disability and grassroots football? (Multiple answers are possible.)

A. “sin bin” for temporary dismissals after a yellow card.
B. The size of the ball.
C. The number of substitutes.
D. Use of a “countdown clock” instead of keeping time on the field.

3. Team A has possession and is attacking. Team B’s coach runs onto the field. Team A puts the ball in the net. The referee should ...

4. The team captain has special privileges to ...

5. A referee raises both arms at a 90-degree angle while play continues. The referee is ...

A. ... acknowledging that a player is an offside position, and the referee will call offside if that player becomes involved with the play
B. ... signaling advantage
C. ... warning spectators and coaches to quit arguing a no-call
D. ... allowing a substitute to enter the game

6. Which of the following is true about an injury for which play has been stopped and is treated on the field?

7. Team A has possession and is attacking. Someone throws a second ball onto the field. Team A puts the ball (the original ball, not the second one) in the net. The referee should ...

8. The attacking team plays the ball into the penalty area. A player from each team goes up for the ball and gets injured in a clash of heads. The referee immediately blows the whistle to stop play so the injured players can be examined. How should the referee restart play once the trainers have finished?

9. In which of the following scenarios is a ball still in play?

10. Which of these counts as a goal? (Multiple answers are possible)

11. Which of the following is true about a penalty shootout? (Multiple answers are possible.)

2. A, B, C (p. 20-21, General Modifications) Colleges and high schools often use a countdown clock, but they aren’t official FIFA or USSF competitions.

3. A (p. 50, Law 3, Section 9: “the referee must allow the goal if the extra person was ... a player, substitute, substituted player, sent-off player or team official of the team that conceded the goal.”)

4. D (p. 50, Law 3, Section 10: “The team captain has no special status or privileges but has a degree of responsibility for the behavior of the team.”)

5. B (p. 60, Law 5, Section 3). Note that the referee still may call the foul “if the anticipated advantage does not ensue at that time or within a few seconds.” The specific signals are on p. 65. A one-arm raise can also be used. 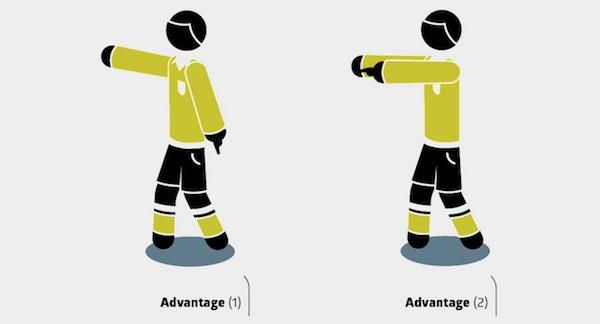 6. C (p. 61, Law 5, Section 3: “Exceptions to the requirement to leave the field of play are only when … a goalkeeper and an outfield player have collided and need attention … a player is injured as the result of a physical offense for which the opponent is cautioned or sent off (e.g. reckless or serious foul challenge), if the assessment/treatment is completed quickly; a penalty kick has been awarded and the injured player will be the kicker.”) Option B changed in 2016.

7. A (p. 62, Law 5, Section 3: “if … an extra ball, other object or animal enters the field of play during the match, the referee must … stop play (and restart with a dropped ball) only if it interferes with play.” The rest of the paragraph specifies that a goal would stand.)

9. Only A (p. 85, Law 9, Section 2: “The ball is in play at all other times when it touches a match official and when it rebounds off a goalpost, crossbar or corner flagpost and remains on the field of play.”)

Not C (p. 85, Law 9, Section 1: “The ball is out of play when … it touches a match official, remains on the field of play and … the team in possession of the ball changes.”

Not D (p. 187, Practical guidelines for match officials: “If the referee blows the whistle in error and play stops, play is restarted with a dropped ball.”)

Not B. There’s nothing specific in the rules in this case, but you could count that under “spirit of the game and the Laws,” and who would think otherwise?

10. Only B, which isn’t specifically addressed in the rulebook. For an example, see: 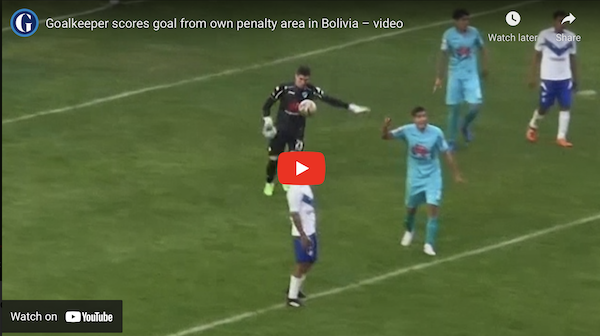 Not C. (p. 127, Law 16, Section 1: “A goal may be scored directly from a goal kick, but only against the opposing team; if the ball directly enters the kicker’s goal, a corner kick is awarded to the opponents.

A. “Unless there are other considerations (e.g. ground conditions, safety etc.), the referee tosses a coin to decide the goal at which the kicks will be taken, which may only be changed for safety reasons or if the goal or playing surface becomes unusable.”

B. “With the exception of a substitute for a goalkeeper who is unable to continue, only players who are on the field of play or are temporarily off the field of play (injury, adjusting equipment etc.) at the end of the match are eligible to take kicks.”

referees
9 comments about "Think you know the rules of soccer? Try this quiz. (Part I)".
Read more comments >
Next story loading