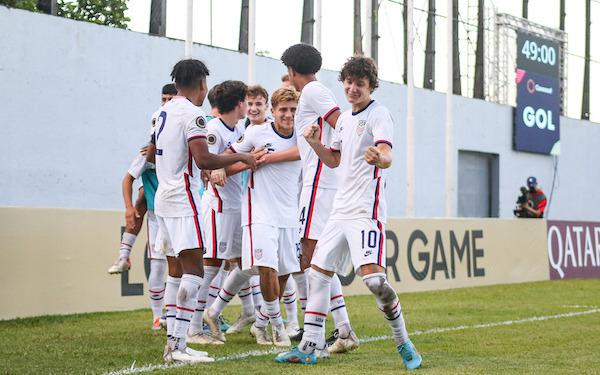 There were a lot of benefits to the redesigned Concacaf qualification tournaments for under-20 and under-23 men's national teams.

The 2022 Concacaf Under-20 Championship served as qualifying for both the 2023 Under-20 World Cup in Indonesia and the 2024 men's soccer competition at the Paris Olympics.

Because clubs are not required to release players for under-age competitions, the USA was probably missing half a dozen starters for the Concacaf Under-20 Championship, which ended on Sunday. But that's nothing compared to what would be the case if, as was always done previously, Concacaf organized a separate under-23 qualifying tournament, usually about four months in advance of the Olympics themselves.

In November 2018, the USA swept all eight games at the Concacaf Under-20 Championship. Ten of the 11 starters in the final against Mexico were on the initial roster for the 2019 Under-20 World Cup in Poland six months later, but not one of the starters was on the U.S. squad that lost in the semifinals to Honduras at the delayed Concacaf Under-23 Championship that served as qualifying in March 2021 for the Tokyo Olympics. Several of the players on the 2019 U.S. U-20 quarterfinalists had graduated to the senior national team after breaking into the first teams at European clubs.

By holding the double qualification tournament in the summer, Concacaf has given the three-time under-20 champion USA something that it's rarely gotten and that's a long runway — 10 months to prepare for the 2023 Under-20 World Cup and almost two years to prepare for the Paris Olympics.

"We already have camps programmed in the fall, winter and spring," said Coach Mikey Varas after his U.S. U-20s clinched their goal of U-20 and U-23 double qualification.

Varas was speaking about the U-20s.

"The Olympics is even further away," he said, "and those are things that are not in our control. They will get discussed at a larger leadership level later."

Varas said he expects a core of the current U-20s will stay together, though he said players who weren't in Honduras will get the opportunity to fight their way back in the team based on their club performances.

"To guarantee anybody a spot in the World Cup a year from now doesn't make sense," he said. "And the players that are here with us right now wouldn't even want that. This is going be an incredible achievement, but that's going to be in the past as soon as they head back to their clubs. And the next step for them is to do big things with their clubs, earn themselves the spot on the World Cup roster." 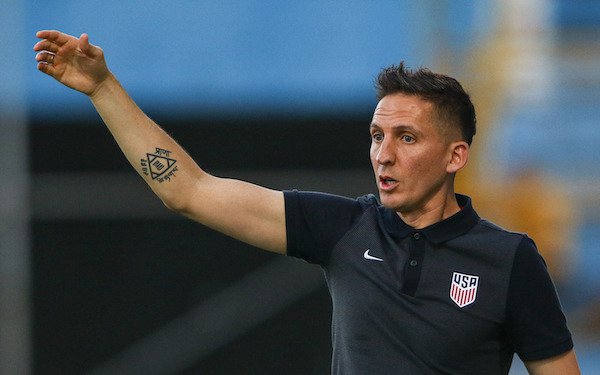 The U-20s whom Varas took to the Concacaf championship were picked in part because they were available. The nine MLS players who started against Honduras in the semifinals have a combined two league starts in MLS, and none has played as much as 200 minutes in the first half of the season. Alejandro Alvarado started one game in his first season at Portuguese club Vizela. Mauricio Cuevas played for Club NXT in Belgium's development league.

It doesn't mean that they will remain on the bench or at their club's second team for long, creating new complications for Varas in assembling his team for Indonesia.

"They know that every time they put on the jersey," he said, "it could be their last time. This is the national team. And part of the reason that the team is as strong as it was in this tournament is because it's been a competitive process from the get-go."