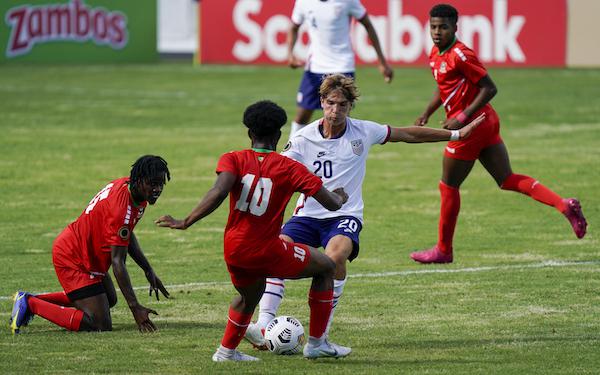 The recent Concacaf U-20 Championships offered a glimpse of the next generation of American talent. It was an impressive showing by the USA, which won the tournament while qualifying for both the 2023 U-20 World Cup and the 2024 Olympics.

For some players, it offered to be a huge career boost.

Rokas Pukstas, 17, has played for the United States since the U-15 level and was part of the U.S. U-20 team since the start of the cycle that began in November with the Mexico-hosted Revelations Cup. Still, he entered the Concacaf Championship not as well known as many of his teammates.

Part of this is easy to understand. As a native of Stillwater, Oklahoma, Pukstas came from outside many of the country’s top soccer hotspots. In addition, he moved to Croatia when he was 16 to develop at Hajduk Split, where he was only at the U-19 level until this past winter. Despite a first-team promotion, his debut did not come until April 29 when he started in a 2-1 win over last-place Hrvatski Dragovoljac.

That remains his only first-team appearance so far, but later that month, he signed a new contract with Hajduk through 2025.

Pukstas performed well as the U.S. team’s defensive midfielder in Honduras. He started and scored in the opening 10-0 win over St. Kitts & Nevis. He played the final five minutes in the 2-2 draw with Canada and then started the 3-0 win over Cuba. He started the quarterfinal of the 2-0 win over Costa Rica before subbing out in the second half with an injury that ended his tournament, although Coach Mikey Varas was doubtful that it would sideline him for a long period.

After Honduras, Pukstas is in a strong position within the team. He rotated as the team’s defensive midfielder with co-captain Daniel Edelman, but Pukstas actually started the cycle as an attacking midfielder.

"We talk to the players about being complete players,” Varas said. “Players who can play in the defending phases as well as the attacking phases — and with the ability to play in different spaces — inside and outside — because our main objective is individual player development. It is a great challenge.

Pukstas has enjoyed his gradual positional switch. He describes himself as the “fireman of the group” and someone who is “there defensively, aggressive with tackles, covering a lot of ground, being that leader and to win the midfield battles and just controlling the tempo of the game.”

Overall, that worked out well for both him and the team. While playing a more defensive role, the opposition never scored when he was on the field in Honduras.

“When I was in November camp, I was still training with the U-19s at Hajduk,” Pukstas said. “Once I progressed to first team in January, I was full time and my comfort level got so much better, especially in these camps, I have more confidence. I see myself bringing the kind of that European style — the calmness, less frantic — into these camps. I see the progress in myself, but also our team.” 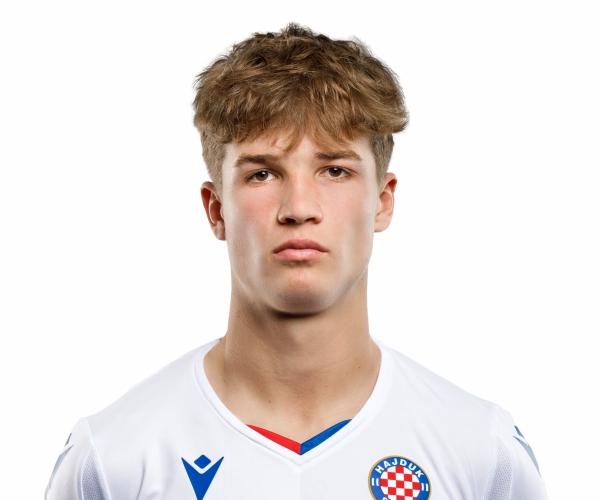 Once he heals from his current foot injury, Pukstas will aim to become a regular within Hajduk’s first team as it is expected to contend for a title after last season’s second-place finish — seven points behind Dinamo Zagreb. On July 17, Hajduk will open its season against Istra 1961.

Last season was a big year for Pukstas as he moved from the club’s youth team to the first team and this year he is expecting further progress, but such growth at the club wasn’t always easy. His recent success has made him appreciate just how hard it was for him adjusting from Oklahoma to Split.

“I'm not going to lie, it was really tough for me at the beginning,” Pukstas said. “I was confused about the tactics. I wasn't getting a lot of minutes. I was being pushed down and I was kind of the guy who was different. Most of the guys there were Croatian. But once you start performing, the teammates will accept you more and it just became better and better every day. But it was really, really tough in the beginning getting used to the culture, the food, everything's different there.”

It has been quite a journey for Pukstas to get to this point and it differs from many other top American prospects. He did not come from a major U.S. metropolitan center with professional soccer academies. He also did not come from a soccer family able to give him proper instructions at a high level.

In Stillwater, American football reigns supreme but he drew inspiration from his parents. Both Lithuanian immigrants with high-level athletic experiemce, albeit in other sports. His father, Mindaugas Pukstas, represented Lithuania at the 2004 Olympics in the marathon.

But even with sports running strong in his family, developing in soccer was tough in Oklahoma.

“In Oklahoma, soccer is the fourth most popular sport,” Pukstas said. “It all started with rec. I was from a small town. Once I competed there, I needed a place to move. I went to Oklahoma City to train. It's just different because there's was no Development Academy. They had a lot of good players, but they're just not pushed how they should be. It was better for me to go to Sporting KC rather than stay in Oklahoma. [Fellow Oklahoman] Daryl Dike went away to college. Oklahoma has the talent, but we lack the system.”

While Pukstas held onto dreams for Europe, Sporting Kansas City then turned out to be a place to get the structure he needed and prepare him for the move to Europe.

“It was the next steppingstone from Oklahoma,” Pukstas said of Sporting KC. “Like always, it was a struggle at first, but I got comfortable and started executing. It was great. I learned a lot there. But I felt it was better to continue to go to Europe. But Sporting was great. It was a great steppingstone.”

Helped by his Lithuanian passport, Pukstas was able to secure trials in Europe. While most Americans making the jump tend to land in traditional Western European leagues, Pukstas landed in Eastern Europe. Hajduk was the first team he trialed with and he knew right away it was his top choice.

“I saw the pathway and it's been working great,” Pukstas said. “Croatia is known for their really good development.”

Moving forward, Pukstas now has a driving goal — and one he helped to create. The Olympics are important in his family after his father’s participation in the 2004 Summer Games. After helping the United States qualify for 2024, he wants to earn a spot on that team in two years.

“It makes me really proud to show what my parents have done for their country also,” Pukstas said. “They've basically been through these processes. … They've been really helpful to help me get through this because they went through it, too.”

Any such international representation, however, will likely see Pukstas represent a different country than his parents. Shortly after his debut with Hajduk, the Lithuanian soccer federation reached out to meet with Pukstas to see if he would follow in his father’s footsteps internationally. Pukstas politely declined and instead opted to remain with his birth country, where he believes the future is bright and that he can be a part of it.

“My whole family is from Lithuania,” Pukstas said. “When I was from 6 to 10, I'd go every summer and stay with my grandparents and play for the academies there. Lithuania definitely has a place in my heart. But the future in the U.S. is great to see. I want to be part of that process. I want to help in that process for the U.S. to be good. Lithuania is in my culture but my whole family agrees that this is the best pathway for me.”