LAFC's moves cast the shadow of the dreaded elephants graveyard 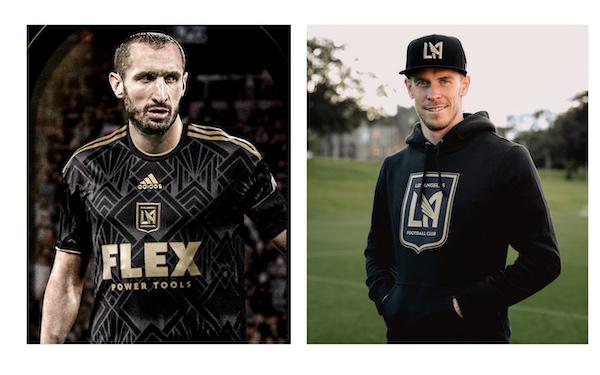 Total bafflement. That pretty much sums up my response to LAFC’s recent activities in the transfer market.

Signing the Italian stalwart Giorgio Chiellini. He’s (gulp) 37-years-old, and a defender. What ever can be the attraction here? None that I can see.

Seems that my bafflement was shared by the man himself. Chiellini had the audacity to pose the key question at his introductory press conference: “When I start to see the team, I said, they have fantastic defenders. Why’d they call me?”

There’s yet more bafflement emanating from LAFC. Why on earth, when they have the highest-scoring offense in MLS, when, with an exciting blend of young attacking players, they are playing so well, so attractively, do they need to sign Gareth Bale?

The possibility of a huge, hitherto undiscovered, colony of Welsh soccer fans living in LA seems not likely. So why Bale? As a goalscorer? Cristian Arango, currently has that role — along with a record of bagging 21 goals in 37 games for LAFC (including a real beauty for the winning score against the Galaxy on Friday night). Which ain’t bad. He also was the winner of the 2021 MLS Newcomer of the Year award. Then there’s Jose Cifuentes, who scored twice against the Galaxy, two headers, one powered in, the other a superb deflection, taken at full speed, of a Carlos Vela cross.

Anyway, should Bale play this season his No. 1 priority will surely be avoiding an injury that would jeopardize his chance for World Cup glory in Qatar. And some poor blighter is going to get benched to make way for him.

My bafflement has now been replaced by irritation. At the most basic level of analysis — “if it ain’t broke don’t fix it” — these moves by LAFC defy any sort of logic. Seeking that logic, I made the early mistake of listening to a TV interview given by LAFC GM John Thorrington. Breezy, bouncy and bubbly, Thorrington had nothing convincing to say about the signings. At one point, when he happened to be talking about himself, he did let slip that “I like to win.” Well, yes, I suppose he does. Now that I come to think of it, I don’t think I’ve ever heard a GM claim that he likes to lose.

From bafflement to irritation to hostility. Signing players in their career twilight smacks of elephant-graveyardism — a supposed crime that has bedeviled soccer in this country for decades.

In the early days of the old North American Soccer League there was plenty of justification for the accusation. Less so with MLS, which has managed to steer clear of the graveyard label. The growing number of skilled young American players has of course been a big help. But the league has finally realized (it has only taken them 20 years to work this out) that there are skilled young  imports to be found -- indeed it has lately been praised for signing promising youngsters, mostly from South America.

Whatever may be Thorrington’s aims — and apart from the moth-eaten “wanting to win” slogan they remain obscure — what comes over here is the inescapable trumpeting of elephants and the dreariness of the graveyard.

For MLS, what LAFC is doing looks like a step backward. The signings carry not only the vision of dying elephants, but also the stain of celebrity hunting. There was quite a lot of that back in the NASL days. None of the names really helped the league — not until GM Clive Toye (I’m pretty sure he liked winning) lured the great Pele to the Cosmos.

Talking of the Cosmos reminds me — I’m hedging my bets somewhat here. Particularly over Chiellini. In 1977, the New York Cosmos signed Carlos Alberto. A defender, 33 years old. His moment of glory had come seven years earlier, when he scored the final goal in Brazil’s 4-1 triumph over Italy in the 1970 World Cup final. And what a moment! Surely the most exuberantly exciting goal of all the finals.

But seven years had passed ... and I didn’t think much of that signing either. More trumpeting in the gloom? Oh no — instead we got what bordered on a soccer miracle. Carlos Alberto, displaying his own version of the sweeper role, played defense with a skill and an artistry and a beauty that is really beyond any telling of it. And he went on casting some sort of mysterious spell over his opponents for another five years. Never before had I seen anything like this, and never do I expect to see its like again.

But we’ve all learned that “never” doesn’t belong in anyone’s soccer vocabulary. I was utterly wrong about Carlos Alberto 45 years ago. Maybe I’m wrong about Giorgio Chiellini today. Maybe Chiellini has a secret sweeper in his soul, bursting to break free. I think not, of course.