Euro 2022: What to expect from quarterfinals 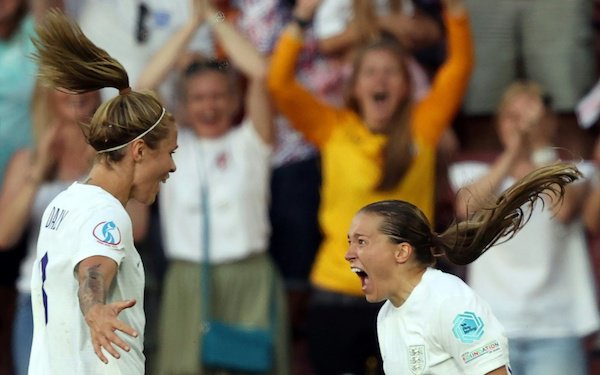 Euro 2022 has already broken the record as the best attended women's European Championship of all-time, and the business end of the tournament is still to come as the quarterfinals begin on Wednesday.

England vs. Spain (Wednesday). The blockbuster clash of the quarterfinals is first up as host England aims to make the last four for the fourth consecutive major tournament.

The Lionesses have ridden the wave of home support to cruise into the quarters by scoring 14 goals without reply in the group stage. That included a record 8-0 mauling of Norway in Brighton and it is back at the Amex for a very different test on Wednesday.

Spain had been pre-tournament favorites until losing reigning Ballon d'Or winner Alexia Putellas and all-time top goalscorer Jennifer Hermoso to knee injuries. Their presence has been missed as La Roja failed to make its dominance of the ball count in the scoreline in a 2-0 defeat to Germany and 1-0 win over Denmark, courtesy of Marta Cardona's 90th minute header.

However, England faces a dilemma on whether to continue its front-foot offensive or sit back and soak up the Spanish pressure as Germany did to great effect.
The hosts could also be missing their coach. Sara Wiegman was not present for the 5-0 win over Northern Ireland after testing positive for Covid and faces a race against time to test negative.

"I think it will be the toughest game in the Euros given the level England are playing at 0- and that they are the host nation, their fans are behind them -- but that is something that motivates us," said Spain coach Jorge Vilda. "We like a challenge."

Germany vs. Austria (Thursday). Germany has emphatically dismissed any notion they were not contenders for a ninth Euro title heading to England by easing through what appeared the Group of Death up against Spain, Denmark and Finland with a perfect record. 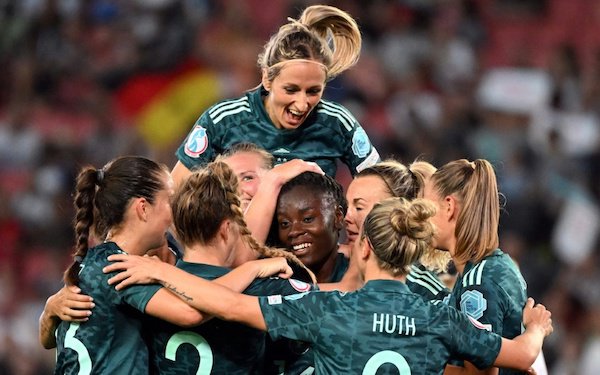 The energy of Martina Voss-Tecklenburg's squad was too much for its opponents in the group stages to cope with and it also showed a flexibility to get the job done in different ways.

Denmark and Finland were blown away as Die Nationalelf scored seven without reply. In between times, Germany saw off Spain despite enjoying just 34 possession with a dogged defensive display, allied to taking its chances when they came.

Austria was the surprise semifinalist at the Euro five years ago and has again upset the odds by beating out Norway to take second place behind England in Group A. It also pushed the Lionesses close in a 1-0 defeat in the opening game and will be no pushovers, even if Germany will be confident of reaching a first major tournament semifinal since 2015.

"We are a small favourite to win," said Voss-Tecklenburg. "But we have to fulfil that."

Sweden vs. Belgium (Friday). After a slow start, Sweden clicked into gear with a 5-0 thrashing of Portugal on Sunday that guaranteed top spot in Group C and on paper a much easier route to the semifinal.

The Olympic silver medalists are strong favorites to see off Belgium, which has made it to the knockout stages of a women's tournament for the first time.
However, the Belgians are a rapidly improving team under Ives Serneels as it showed in running France close and beating Italy in the group stages.

France vs. Netherlands (Saturday). All is well in the French camp for now as they laid down a marker in its opening game by scoring five in the first half against Italy. A more slender 2-1 win over Belgium and 1-1 draw with Iceland followed, but there is a sense that Corinne Diacre's team is yet to be truly tested. 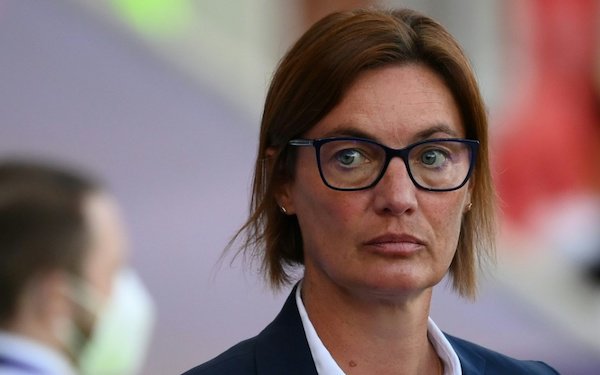 That challenge should come on Saturday against the holders, who will be able to welcome back star striker Vivianne Miedema from missing two games due to coronavirus.

Les Bleues, by contrast, will be without their most reliable source of goals after Marie-Antoinette Katoto suffered a torn anterior cruciate ligament against Belgium.

France has never made it beyond the last eight at a women's Euro, and Diacre is under intense pressure to at minimum deliver a semifinal after she was controversially kept on as coach despite clash with her squad at a home World Cup three years ago.

The Dutch's defense of the title has been a rocky one. On top of losing Miedema for victories over Portugal and Switzerland, captain Sari van Veenendaal is out of the tournament with a shoulder injury and another Covid-19 case for Jackie Groenen has left Mark Parsons having to cobble together a side.

But Parsons is bullish France will fear his side.

"France are a top opponent but so are we," said Parsons. "They will not want to play us. We see an opportunity."