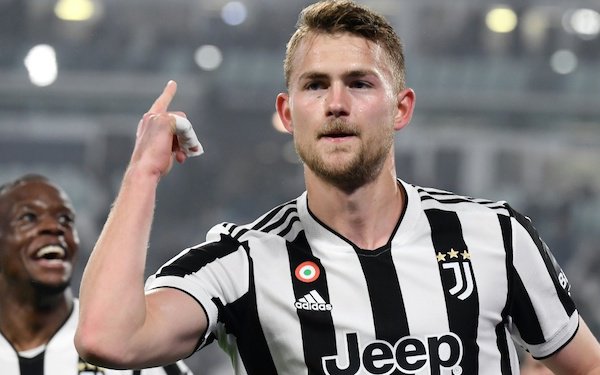 Bayern Munich signed Juventus defender Matthijs de Ligt on a five-year deal on Tuesday with the Dutch international expected to become "a mainstay" as the German champions embark on the post-Robert Lewandowski era.

"Matthijs de Ligt was a top target for us. With signings like this, the big aims that we have are achievable. The future face of our team is increasingly taking shape," said Bayern president Herbert Heiner.

According to Juventus, securing the Dutch central defender has cost Bayern 67 million euros with 10 million in bonuses ($78 million in total). It constitutes the second biggest transfer deal in Bayern's history after the 80 million euros required to capture another defender, Lucas Hernandez, in 2019. Bayern will use the proceeds from the transfer of Lewandowski to Barcelona, estimated at more than 45 million euros, to help finance the move.

"This transfer is an important building block in the overall concept that we're gradually putting into place. De Ligt should become a mainstay at FC Bayern" added Hainer.

His arrival follows that of Sadio Mane from Liverpool, and Ajax duo Ryan Gravenberch and Noussair Mazraoui at a combined cost estimated by German media of 120 million as Bayern digs deep in their pockets to invest in its future.

De Ligt joined the Ajax academy at nine years of age, making his debut for the record Dutch champions at 17. He became Ajax's youngest ever captain and in 2019, after 117 appearances (13 goals) and the league and cup double, he moved to Juventus for 85 million euros.

Alongside the likes of Frenkie de Jong, Donny van de Beek and Hakim Ziyech, De Ligt lifted Ajax to within seconds of the 2019 Champions League final.
A goal in the sixth minute of stoppage time in that 2019 semifinal saw Tottenham dash that dream.

His time with Juve earned him more silverware, with a Serie A title, Coppa Italia and Super Cup.

On the international stage, he was the Netherlands' youngest debutant since 1945, and has gone on to earn 38 caps for the Oranje, scoring twice.
He said he had been won over by Bayern's sales pitch.

"I felt the genuine appreciation from the sporting management, the coach and the board right from the start, which convinced me," he told a press statement issued by the buying club. "On top of that, FC Bayern is a brilliantly run club with big aims. I'm very glad that I'm now becoming part of the FC Bayern story."

Bayern chief executive Oliver Kahn suggested that as good a player as De Ligt is, his character could also prove to be enormously beneficial to Bayern.

"Matthijs de Ligt has impressed at the highest international level, not just with his technical qualities but also as a character who leads in all his teams," said Kahn. He added: "At his young age, he's already learned about taking responsibility. A strong team doesn't just require a strong attack, and with this signing we're really raising our defense to the top level."

He is unlikely to be the last new recruit for Bayern who are thought to be monitoring a number of other players including Leipzig midfielder Konrad Laimer, French teenager Mathys Tel (Rennes) and the jewel in Tottenham's crown, Harry Kane.