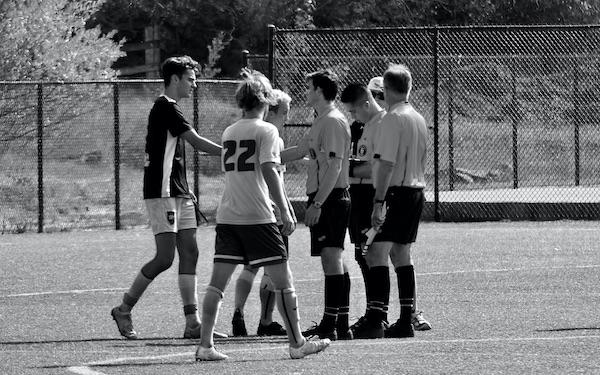 We don’t want to make mistakes but it’s part of being human. You could say that with all the games I have officiated — more than 11,000 — I’ve made more mistakes than most soccer referees.

Even with Video Review, some important game decisions are still missed in professional matches. I have seen media coverage of referees apologizing for their mistakes.

But should youth soccer refs apologize? Yes and no.

It’s OK to apologize if you have made a mistake that is apparent to everyone. For example, a clear advantage situation where you blew the whistle too early for the foul.

The ref could say, “My bad. I blew the whistle while I should have played the advantage clause. Please take the direct (or indirect) kick instead.”

Years ago, when I was faced with a good deal of immediate dissent from players of one team, I would say, “This is the way I saw it. If I missed that decision, I’m sorry.”

I found out very quickly that apologizing in this manner hindered rather than helped game control as players of both teams lost confidence in me as the referee. Instead, stay with your decision (which I did anyway) and control any dissent by verbally warning or cautioning.

A reason for the dissent could be the ref’s proximity to play, or lack thereof, so it’s important for the referee to be fit and be near the ball.

Then there are the players and coaches who go out of their way to tell you after the game that you are the reason why their team lost the game. You don’t apologize. Instead, you can say something like, “I’m sorry you feel that way. Have a good day,” and walk away. If they continue, you can still use your cards.

Editor's note: An experienced, professional MLS referee was asked during his appearance at a youth ref class whether he ever apologized to players for a missed call. He said:

"Yes, but never more than once a half."

1. Think you know the rules of soccer? Try this quiz. (Part 1) By Beau Dure 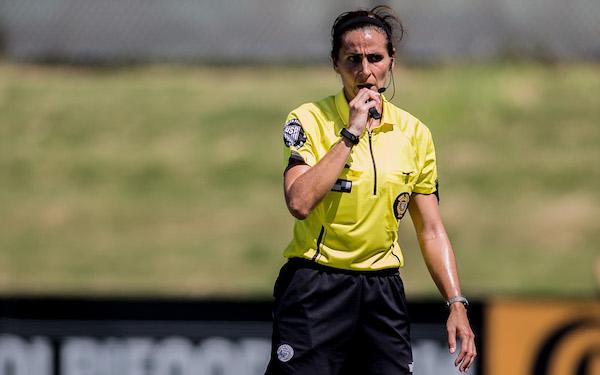 4. Think you know the rules of soccer? Try this quiz. (Part 2) By Beau Dure

1. Referee Igor Benevenuto on coming out as gay: ‘I was scared of being attacked in the street’ By Jack Lang (The Athletic)

The are various ways to access free digital versions of the 2022-23 FIFA Laws of the Game.