Hope Solo pleads guilty to driving while impaired: 'Easily the worst mistake of my life' 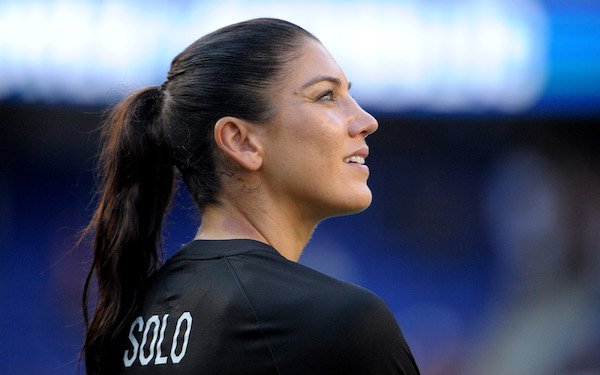 Former U.S. star Hope Solo was sentenced to a term of 24 months, all suspended, after she pleaded guilty in a North Carolina court on Monday to driving while impaired.

On March 31, she was found passed out behind the wheel of a car with her two small children asleep in the backseat in a Walmart parking lot in Winston-Salem, North Carolina. She had a blood alcohol concentration of 0.24 and Delta-9 THC in her system.

The 24-month sentence issued by Forsyth County Chief District Court Judge Victoria L. Roemer was in line with Level One North Carolina DWI sentencing,  punishable by a fine up to $4,000 and a minimum jail sentence of 30 days and a maximum of 24 months.

Solo, 40, received an active sentence of 30 days in late April as a special condition of probation and received credit for 30 days spent at an in-patient rehabilitation facility. She was also ordered to pay court costs of $2,500 and $600 for the costs of the lab results

• In a statement, Solo said she "made a huge mistake. Easily the worst mistake of my life. I underestimated what a destructive part of my life alcohol had become."