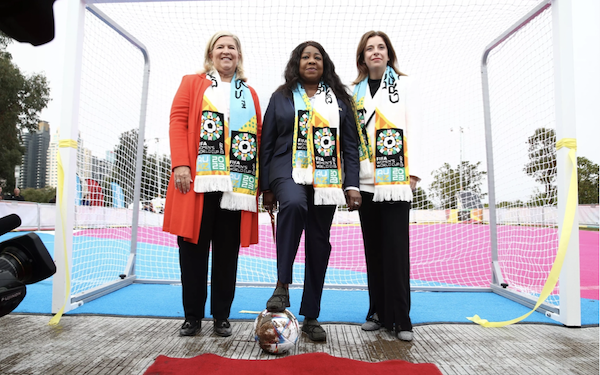 Football Australia dismissed claims that the Women's World Cup it will co-host next year with New Zealand could be shifted to satisfy European broadcasters and ensure better weather conditions.

The scenario was raised by French newspaper L'Equipe on Thursday, which said FIFA had informally approached "several" European federations to discuss the merits of moving the event closer to the southern hemisphere summer.

L'Equipe said lower-than-expected TV rights interest from European broadcasters was a key motivation, given matches would be played early morning for them and August was seen as an unfavorable month with people on vacation.

The report also pointed to extra daylight hours in the Australian summer.

Football Australia said in a brief statement to AFP it was not planning for any change:

The Sydney Morning Herald cited a FIFA spokesperson with an almost identical comment, but added: "No changes to the dates of the competition are foreseen."

FIFA secretary general Fatma Samoura was recently in Australia (photo) to mark the one-year countdown, saying she was expecting a "truly unforgettable" event and giving no hint of any change of plans.

The month-long tournament will take place in five Australian and four New Zealand cities. The draw is scheduled in Auckland on Oct. 22.

The United States won the 2019 edition in France, where matches broadcast in prime-time drew record audiences for women's soccer across Europe.