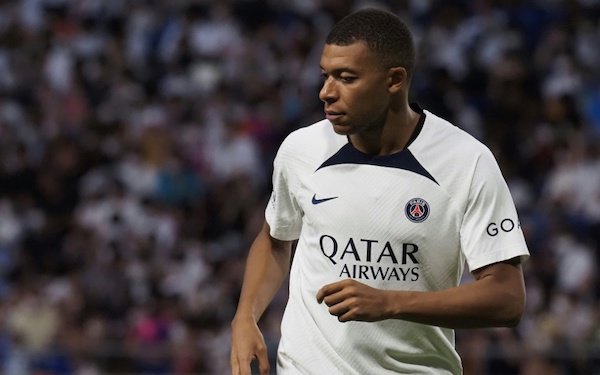 Kylian Mbappe's decision to stay at Paris Saint-Germain was hailed as a boon for French soccer, but it surely rules out any slim chance of a title race as the new Ligue 1 season kicks off this weekend.

France coach Didier Deschamps said Mbappe was "shining a positive light on the championship abroad" by choosing to sign a new three-year contract to stay in his home country, a decision which President Emmanuel Macron admitted he advised the striker to take.

French league president Vincent Labrune insisted Mbappe's new deal had sent "a strong message for the present and future of our league. In reality, a move abroad will still probably happen before long for a player who looks certain to one day win the Ballon d'Or.

Yet the possibility of leading Qatar-owned PSG to Champions League glory will motivate Mbappe this season, alongside defending the World Cup with France in Qatar in November and December.

Mbappe is the dominant figure in Paris despite the presence of Lionel Messi and Neymar and the arrival of a new coach at a club whose title triumph last season was overshadowed by their Champions League exit against Real Madrid in the first round of the knockout stage.

Campos, the Portuguese super scout, was named in the post of football advisor. He built the last two sides to deny PSG the domestic title: Monaco in 2017 and Lille in 2021.

Galtier, the finest French coach of the last decade, was the coach of that Lille side and spent last season in charge of Nice, but he knows the pressures in Paris will be altogether greater.

"When you come to PSG you have an obligation to get results," he told sports daily L'Equipe "We need to break records. In all modesty, I have come to Paris to win everything."

For PSG's domestic rivals, the reality is that second –- and automatic Champions League qualification -- is the best they can hope for in Ligue 1.

Marseille was runner-up last season but it has been a tumultuous summer for the club owned by American tycoon Frank McCourt. Fiery Argentine coach Jorge Sampaoli has left and been replaced by former Croatian international Igor Tudor. Key men in Boubacar Kamara, William Saliba and Steve Mandanda have departed and pre-season results have not been encouraging with reports of tension in the locker room.

Monaco had to settle for third last season and must come through Champions League qualifying as a result. If it can safely negotiate that -- it was held to a 1-1 tie by PSV at home on Tuesday -- it will be well placed for a successful campaign, despite losing outstanding midfielder Aurelien Tchouameni to Real Madrid.

Rennes, owned by billionaire Francois Pinault, should be competitive, while Nice's British owners Ineos will hope to push for a Champions League place under Swiss coach Lucien Favre, who has returned for a second spell in charge.

Meanwhile, Lyon is bidding to break back into the top three after finishing eighth in the last campaign.

OL has brought back two former stars in Alexandre Lacazette and Corentin Tolisso, and it has also been a busy summer in the boardroom.

"At first, I was looking at much smaller clubs in France," Textor told L'Equipe. Then he discovered that Lyon might be for sale. "I had to seize the chance." 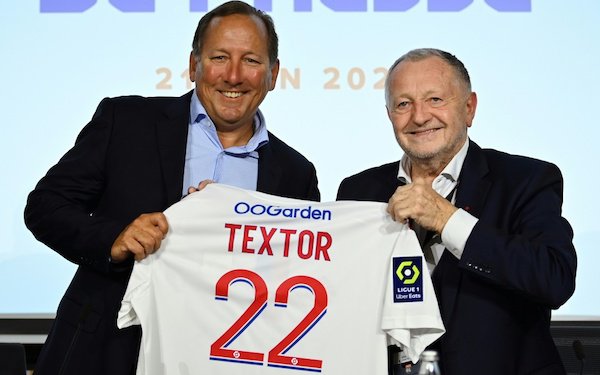 Textor's arrival is in keeping with a growing trend of foreign investors in Ligue 1 clubs, and in the league itself.

While Saint-Etienne and crisis-ridden Bordeaux were relegated, Auxerre is back after a decade away and Toulouse, owned by U.S. investment firm RedBird, also won promotion.

Their focus will be avoiding relegation, given that four teams will go down at the end of the season as the league is reduced in size from 20 clubs to 18.

The World Cup means Ligue 1 is abandoning its usual Christmas break, with the first round of fixtures post-Qatar set for Dec. 28 and more games on Jan. 1.