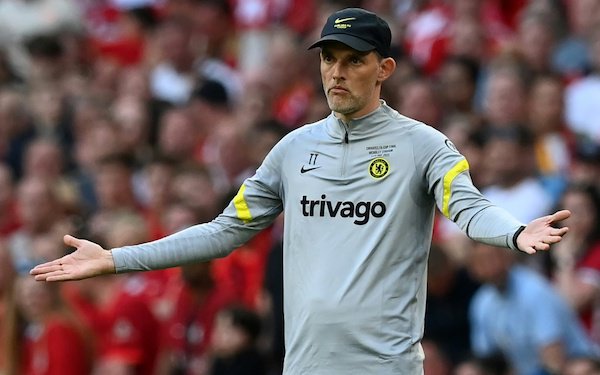 Desperate to close the gap on Manchester City and Liverpool at the top of the Premier League, Chelsea, Tottenham, Arsenal and Manchester United have spent the offseason aggressively pursuing new recruits with varying degrees of success.

All four have little margin for error if they are to have any hope of rivalling champion City and perennial contender Liverpool in the title race. But even if the top two pull away once more, another tight race is expected for the final two lucrative places in the Champions League.

Here's how the battle for the top four is shaping up.

• Chelsea. Charged with ensuring Chelsea's new era gets off to a flying start, Blues boss Thomas Tuchel has showed signs of feeling the heat during his club's hectic summer.

With former owner Roman Abramovich's lieutenants all swept away as part of the house-cleaning at Stamford Bridge, Tuchel took on more responsibility as the German worked with new co-owner Todd Boehly on overhauling his squad.

First impressions have been mixed, with Boehly flirting with a move for Cristiano Ronaldo before Tuchel demurred at the prospect of handling the volatile Manchester United star.

Raheem Sterling became Chelsea's first signing of the Boehly era after a £47.5 million ($57.8 million) move from Manchester City, but the England international has been the only addition to the attack as Tuchel looks set to start the season without a natural striker after Romelu Lukaku was sent back to Inter Milan on loan.

Instead, Chelsea's focus has been on replacing lost center backs Antonio Rudiger and Andreas Christensen, who joined Real Madrid and Barcelona respectively on free transfers. The Blues paid £33 million ($40 million) for Napoli's Kalidou Koulibaly and are reportedly close to a £50 million ($61 million) deal for Brighton's Marc Cucurella.

Tuchel has also been growing frustrated with unsettled quartet Cesar Azpilicueta, Marcos Alonso, Timo Werner and Hakim Ziyech, questioning his team's commitment in a furious tirade after Chelsea's 4-0 defeat against Arsenal in pre-season.

The studious Ten Hag is said to have impressed his squad with his attention to detail and intense training sessions since arriving from Ajax in May. But the Dutchman's ability to lift United from the depths of their dismal sixth-place finish last season will hinge on how he handles the fall-out from Ronaldo's bombshell. The Portugal striker wants to join a club in the Champions League and missed United's pre-season tour to Thailand and Australia for "family reasons."

Losing a player with Ronaldo's lethal instincts in front of goal is not the way Ten Hag would prefer to begin his time in Manchester, but he may eventually feel the departure of such a demanding superstar would be addition by subtraction.

A return to the top four cannot be guaranteed against such a troubled backdrop.

Tottenham knocked Arsenal out of the top four in the penultimate game of the season after reeling in Mikel Arteta's side with a blistering run that included a 3-0 win over the Gunners. 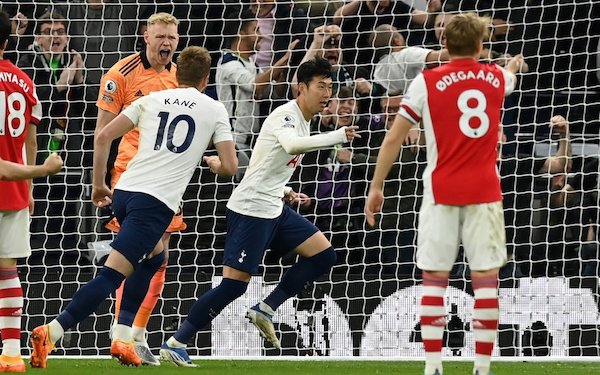 Antonio Conte's response to achieving what he described as a "miracle" in qualifying for the Champions League was to demand Tottenham chairman Daniel Levy loosen the purse strings, a request which has so far yielded the signings of Richarlison, Yves Bissouma, Djed Spence, Ivan Perisic and Fraser Forster.

Arsenal has bounced back from the bitter disappointment at how last season ended by splashing over £100 million ($122 million) in new signings.