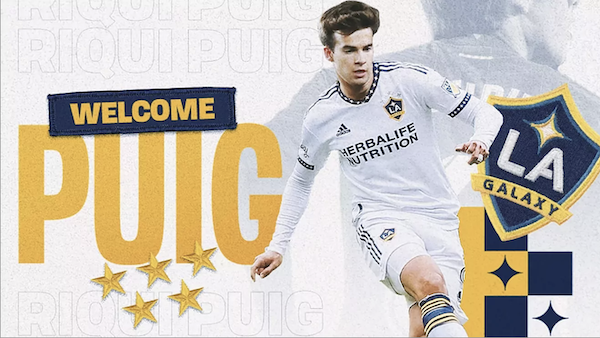 La Masia product Riqui Puig, who had once been hailed by Leo Messi and touted as the "new Xavi," has joined the Los Angeles Galaxy after 42 LaLiga appearances since his 2019 debut.

The 22-year-old, who appeared 15 LaLiga games, scoring once, during the 2021-22 season, signed a three-and-a-half-year contract with the Galaxy, which announced it used Targeted Allocation Money (TAM) for the transfer. Spanish media reported that Puig moved on a free transfer but Barcelona reserved repurchase rights and a percentage of a future transfer.

“We are pleased to welcome Riqui to the LA Galaxy,” said LA Galaxy coach Greg Vanney. “Riqui is a very technical and well-educated player with incredible experiences for his age. He will fit seamlessly into our group and style of play.”

“Riqui is a very talented player with a unique profile that brings something different to our squad,” said LA Galaxy Technical Director Jovan Kirovski.