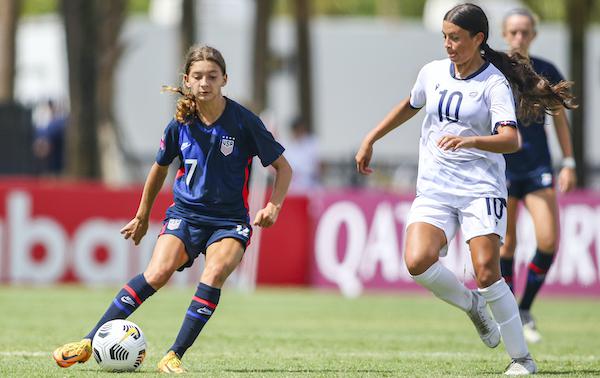 Ashlyn Puerta (left) scored in the first half of the 6-0 win over the Dominican Republic.

The USA, coached by Katie Schoepfer, faces Canada in a rematch on Sunday in the Concacaf Under-15 Girls Championship final after its fourth shutout victory.

Kennedy Fuller of Solar SC scored twice in the 6-0 semifinal win over the Dominican Republic after scoring in the USA's 1-0 win over Canada in its final Group B game. She scored four in the USA's 12-0 tournament opening win over Puerto Rico and once after coming off the bench in the 11-0 win over Jamaica.

Florida United's Kimmi Ascanio opened the scoring in Friday's semifinal in the 5th minute, her fourth goal of the tournament. Goals by Albion SC's Ashlyn Puerta in the 19th and 33rd minute sandwiched a strike by Abby Ballek (Real Colorado). Fuller scored her seventh and eighth goals of the tournament in the second half.

Canada reached the final by defeating Mexico 6-5 from the penalty spot after a scoreless tie in their semifinal. 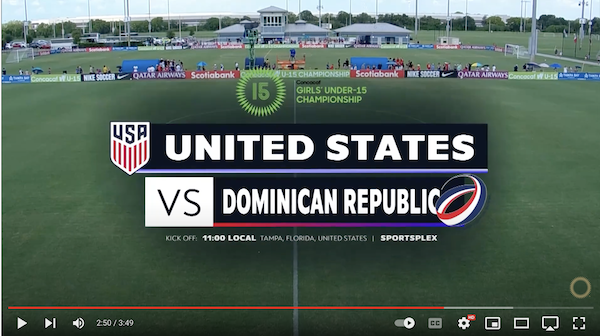