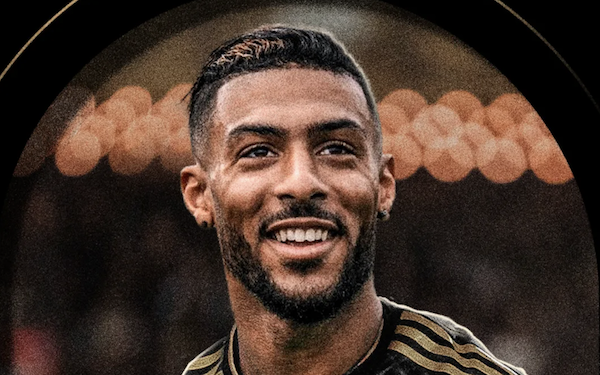 MLS teams will often use the summer months to strengthen their squads.

But they are usually teams needing to upgrade their lineups in order to make a playoff push.

It was already in first place in the Supporters' Shield race when it went out and re-signed 2019 MLS MVP Carlos Vela, whose contract was expiring at the end of June.

That made sense, given Vela's comeback from injury-riddled seasons in 2020 and 2021.

But LAFC went out signed Giorgio Chiellini, who captained Italy to last year's European Championship title, and Gareth Bale, who led Wales to the World Cup finals for the first time in 64 years. Both are at the end of their careers -- Chiellini should retire at the end of 2023 and Bales will reassess his career after the Qatar World Cup -- and LAFC managed to sign them to TAM deals.

It acquired Ecuador international Sebastian Mendez from Orlando City. Mendez's contract is set to expire at the end of 2022, but he is only 25 and gives LAFC another potential starter in midfield with plenty of MLS experience.

“You could argue that they just had the best transfer window anybody’s ever had,” Seattle Sounders general manager Garth Lagerwey told the Los Angeles Times.

Bouanga, who was born in Le Mans and represents Gabon internationally (32 caps), became available when Les Verts were relegated at the end of the 2021-22 season. Over the last three seasons, he played 96 games for St. Etienne and scored 26 goals, the most on the team during that period.

He joins an LAFC frontline that includes Brian Rodriguez and Vela, LAFC's two other DPs, Cristian Arango and Kwadwo Opoku, who have both started 16 games and have already combined for 14 goals in 2022, plus Bale.

By MLS standards, a veritable luxury of riches.

“Denis is a proven attacker in the prime of his career and is an excellent complement to our group,” said LAFC co-president and general manager John Thorrington said.