Americans Abroad: Brenden Aaronson steals show in Leeds' opening win: 'He is only going to get better' 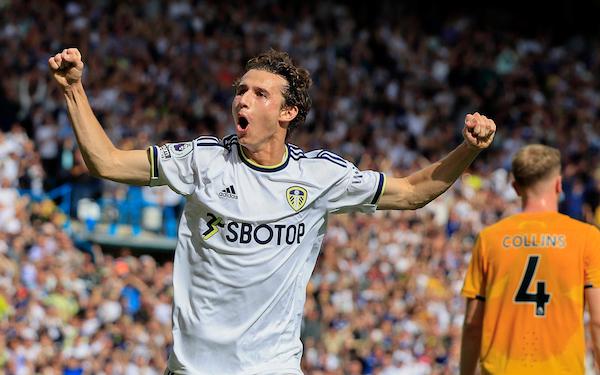 Brenden Aaronson and Tyler Adams made their Premier League debuts for Leeds United in a 2-1 win over Wolves.

Aaronson, in particular, stood out. He didn't score but did everything but ...

His pressing helped create the opening goal for Rodrigo and appeared to score the late winner before a cross from Patrick Bamford for the winning goal was credited by the Premier League Goal Accreditation Panel -- yes, there is such a body -- as an own goal by Wolves defender Rayan Ait-Nouri.

"The second goal was in some ways a little against the run of play but we were gathering momentum," said Leeds manager Jesse Marsch, who brought Aaronson to Europe in January 2021 when he coached Red Bull Salzburg, said in his postgame interview. "I was really pleased that the guys who came off the bench made a big difference."

"I think all the debutants did quite well. The speed of play... was at a very high level, both teams trying to impose themselves on the way they wanted to play. [Aaronson] is relentless. He is none stop. His work rate is incredible I know him well and the thing I know about him is he is only going to get better."

Steffen's whiff on Ilias Chair’s corner kick that led to QPR's second goal by Jimmy Dunne was not a good look, continuing a pattern of having problems judging balls played into the area.

Middlesbrough manager Chris Wilder was unhappy with his defense -- and the refereeing -- saying Steffen was fouled on the play that led to Dunne's goal.

“When you give good players a handout, which we did – charity, aided by some ridiculous refereeing decisions – it’s always going to be a difficult afternoon," he said in his post-game remarks  to the Yorkshire Post. "There was a comment by the referee to a member of my staff at halftime that the goalkeeper has to be stronger. The referee [shouldn’t] have an opinion in terms of coaching or what the goalkeeper needs to do. Especially when the goalkeeper’s facing towards the corner and somebody behind him puts a hand on his back and pushes him."

Scally (heat map) started at right back and came close to scoring, hitting the woodwork with one of his two shots. 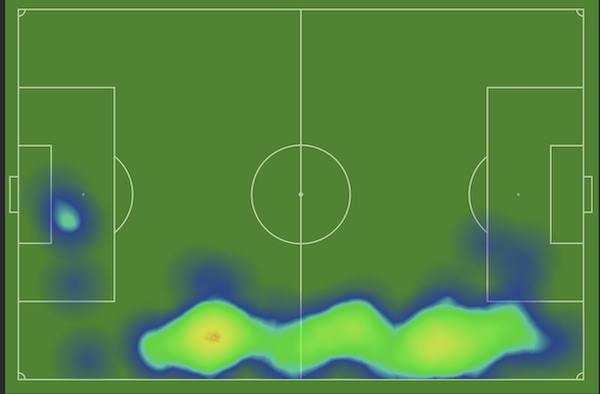 Ream captained Fulham, whose goal will be to avoid immediate relegation, which it suffered in its last two trips to the Premier League.

He described the 2-2 tie with Liverpool as a "huge boost, first game back against the Champions League finalists from last season ... it sets the bar of where we have to be at every single match."

In 2020, the Cottagers opened with four straight defeats and won just two games in the first five months of the season.

In his first Premiership start after arriving on loan from Bayern Munich, Tillman earned praise from Rangers manager Giovanni Van Bronckhorst, who told the Scotsman:

“He came in a couple of weeks ago and has been welcomed by the team really well. You can see his talents are really high from the academy of Bayern Munich and also played competitive games for them. You can see the quality that he has. He’s a strong player, you could see that today. Some players when they come to play in this league struggle a little bit in the beginning but he’s not had any problems with that. And his technical ability is of a very good standard. Today he created some chances for us. Just before he came off there was his pass to [Alfredo] Morelos. It’s a player who is capable of creating those chances for us.”

2 - Two pairs of American teammates (A. Robinson & T. Ream for Fulham, T. Adams & B. Aaronson for Leeds) are starting Premier League matches on a single day for the first time since April 19, 2008 (Convey & Hahnemann for Reading, Dempsey, Keller & McBride for Fulham). Buddies. pic.twitter.com/IOo5LKRtQN

Pefok opened the scoring in Union Berlin's derby win. It was the third consecutive Bundesliga win over Hertha -- on top of a win in the DFB Pokal to keep the unofficial title of "Stadtmeister" (city champion).