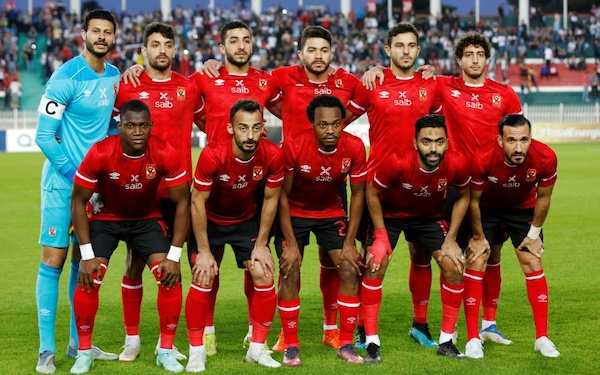 African soccer supremo Patrice Motsepe will launch in Tanzania on Wednesday a CAF Super League, with promises of a $100 million prize fund for cash-strapped clubs.

Team owners have complained for decades about the costs of competing in the current marquee competition, the CAF Champions League, which offers a $2.5 million first prize from a $12.5 million pot.

"There are some African clubs with literally millions of supporters and the owners have to pay money in order to compete in CAF competitions," FIFA president Gianni Infantino said.

Motsepe, the billionaire South African businessman and Confederation of African Football (CAF) president, admitted after his club, Mamelodi Sundowns, won the 2016 Champions League that the prize money did not cover all the expenses.

Hamdi Meddeb, chairman of four-time Champions League winners Esperance Tunis, says "if we think of what we spend on the Champions League, compared to what we earn, it would be better not to play in it. Africa is a huge continent and sometimes we have to charter flights at a cost of more than $100,000 each. When we won the Champions League [in 2018 and 2019], more than half the prize money was spent on bonuses and allowances for the squad and the technical staff. Those are contractual obligations."

Champions League prize money kicks in only at the group stage, meaning 42 of the 58 entrants for the 2023 edition will incur travel, accommodation and other costs but not receive a cent from CAF.

Motsepe has said more profitable times lie ahead, however, and will reveal details of the Super League in the Tanzanian city of Arusha during a gathering of top CAF officials.

He previously said there will $100 million in prize money and hinted that the winners will be at least $10 million richer.

"We want the Super League to be a world-class competition and to rival the best in the world in terms of quality of football, resources, infrastructure, pitches, referees and ticketing," the 60-year-old said. "The Super League will be organized in partnership with FIFA, who bring a wealth of experience in terms of running the best competition in the world -- the World Cup."

Infantino said "the Super League is an exciting and unique project and FIFA is happy to assist and share some of the experience we have accumulated."

While no details about the Super League have been officially released, it is believed 24 clubs will take part in the maiden edition.

Invitations to compete will be based on results in the two annual CAF competitions -- the Champions League and the second-tier Confederation Cup. Champions League title-holder Wydad Casablanca, fellow Moroccan club Raja Casablanca, Al Ahly (photo) and Zamalek from Egypt and Esperance seem certain to be among the eight competitors from the north.

Five-time African champion TP Mazembe from the Democratic Republic of Congo is sure to be among the west-center selections. Sundowns, a Pretoria club owned by Motsepe and run by his son Tlhopane, will be certainties for the southeast list, having consistently reached the Champions League knockout stages since 2016.

A CAF official suggested that after the three regional groups, there would be three knockout rounds leading to the final, and record riches for the winners.

But not everyone is excited about the Super League with Cape Town City FC owner John Comitis calling it a "super silly idea."

"The Super League will kill African club football," he warned. "You can switch off the lights on the domestic leagues."